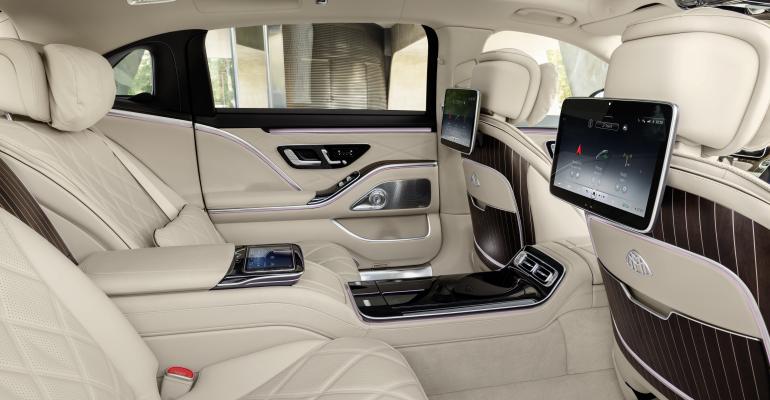 In-Car Entertainment: Who Wins, Who Dares?

“Customers have an expectation of wanting everything, everywhere,” says Pete Wood of Sony.

Scott Lyons says that when he joined Ford years ago, in-vehicle entertainment “was not really understood, beyond the radio and CD player.”

Today, Ford and other major automakers realize consumers want an array of in-vehicle entertainment. Their buying decisions often are influenced by such offerings.

He and Lyons (below, left) are among participants in an online panel discussion entitled “In-Car Entertainment: Who Wins and Who Dares?” It is part of Automotive Tech Week: Megatrends, a series of sessions held by Informa Tech and two of its business units, Wards Intelligence and TU-Automotive.

In one respect, the biggest in-vehicle infotainment screen arguably wins.

Some vehicles nearly rival sports bars in the number of screens throughout, from front seats to back.

“You have more screen real estate, so what do you do to fill it?” Lyons says, while also pointing out driver distraction as a potential hazard.

A good entertainment or information system doesn’t require a driver to dig down too deeply for information, he says.

Drivers need to keep their eyes on the road, but it’s a different situation in the back seat. 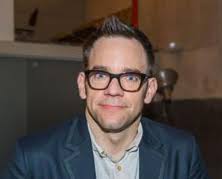 That’s where occupants potentially can watch movies, play video games or have singalongs with the future benefit of lyrical text running on screens, says Darryl Ballantyne, founder and CEO of LyricFind, a digital provider of licensed song lyrics.

Many people have fond memories of family singalongs on road trips, he says. “Usually someone would screw up the lyrics,” Ballantyne says. “Let’s fix that.”

Although in-car entertainment gets more advanced, there remains a need to keep things simple, Wood says.

“There is only so much you can do without causing driver distraction, but what do you do? I want to get into a vehicle, press a button and have something work. I don’t want to do multiple things to get to an app that’s already on my phone.”

Entertainment and content are “very personal and critical,” Lyons says.

In calling up a streamed motion picture to watch, “You should be able to say, ‘That movie with Tom Hanks and the volleyball,’” he says. (If it works right, a viewer can watch “Cast Away” on a backseat screen.)

Lyons notes the cost of offering car owners a slew of digital features. Asked if Ford might provide free 5G wireless technology in its vehicles, he says, “I’ll let the finance people work that out.”

Wood adds: “You need to be realistic about what can be achieved and in what time frame. If you are looking for a unicorn, you will not be successful. You have to do baby steps.”

Still, the auto industry has taken lots of those over the years from the days when in-car entertainment consisted of an AM radio that was an optional purchase.

That content potentially could provide listeners not only with songs but also the artists’ background, their musical influences and the like, Ballantyne says.

Or how about this personalized feature, he adds: “The car knows you are commuting to work, so it offers you a playlist that pumps you up for it.”

Steve Finlay is a retired WardsAuto senior editor. He can be reached at [email protected]