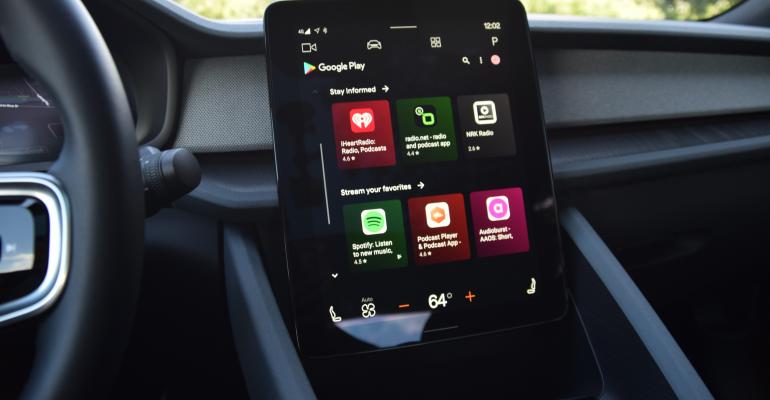 The Polestar 2 is the first production vehicle powered by Android Automotive OS.

What we see in this particular battery-electric vehicle is just the tiniest glimpse into what’s possible when the automotive world allows the tech industry to engage deeply with the software of next-generation vehicles.

Android Automotive OS (which is separate from the Android Auto smartphone interface used by many of today’s vehicles) is a flexible framework that could dramatically change how drivers interact with their vehicles, says Derek Sellin, vice president-marketing and ecosystem at Rightware.

Sellin’s comments come during a session on “Driving UX differentiation on Android Automotive” during the Automotive Tech Week: Megatrends virtual conference. Informa and two of its business units, Wards Intelligence and TU-Automotive, put on the event.

One of the biggest differences, Sellin (below, left) says, is that when Android is used as the base, there’s a larger pool of potential developers – over 6 million people already are developing for the OS, he says – and there’s more compatibility across hardware platforms, including backward compatibility. Moving toward Android OS also means accelerated prototyping.

“Every developer getting started with a project doesn’t have to have access to the target hardware,” Sellin says. “You can go to Best Buy and get an Android tablet and start trying out ideas, start developing an interactive (user interface) on that and then start to adapt it to the automotive target platform. It makes it faster to try out ideas.”

Think of it in comparison to the video game industry, Sellin says. There, companies used to spend a lot of time developing a custom gaming engine before starting work on the title itself. Today, they license the Unity or Unreal engine and spend more time focusing on the game.

Moving to Android Automotive OS comes with a heap of potential problems, though, Sellin says, including the one that will be sitting in the driver’s seat. With bigger and better screens capable of producing better graphics, it’s easy to predict consumers will expect a mobile-like user experience (UX) in their cars. 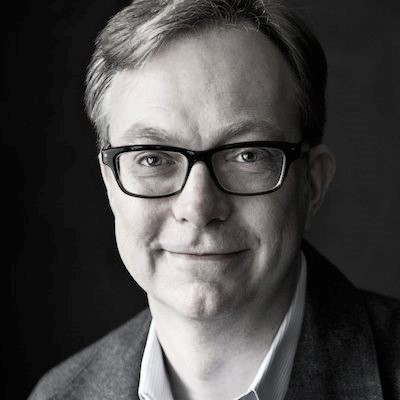 There’s a problem with this thinking, Sellin says, because smartphones are specifically designed to draw us in with apps that compete for our attention and a UX that requires us to constantly shift between different apps.

“Ultimately, cars are not phones,” he says. “The in-car UX needs to handle completely different scenarios.”

Android Automotive OS’s on-screen controls need to be intuitive and the displays need to provide only necessary information with minimal distraction, he says.

Safety warnings need to come through, as do a growing number of connectivity features, including navigation and streaming services. Then there are car-specific aspects, such as window tinting or speed or selected drive modes, that have no place on a smartphone.

Automakers have their own expectations as well. Perhaps top of the list is that they don’t want their vehicles’ screens to look like those in competitors’ vehicles. OEMs also are interested in introducing branded companion apps to the ecosystem.

“We see a very diverse set of use cases compared to what we have in the smartphone,” Sellin says.

Rightware is a Finnish tech company that builds automotive HMI tools, and its handiwork already can be found in vehicles from more than 50 OEMs, from best-sellers to start-ups.