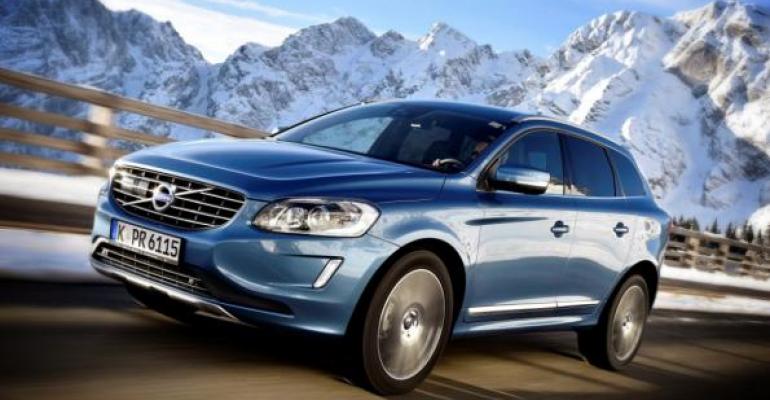 Volvo Cars’ Decision on Russian Plant Due This Year

The Swedish subsidiary of Chinese automaker Zhejiang Geely is considering building vehicles in Russia thanks to its rapidly improving sales in the country, the market&rsquo;s overall recovery and its potential for further growth.

Volvo Cars will decide by the end of the year whether to build an assembly plant in Russia, a company spokesman says.

The Swedish subsidiary of Chinese automaker Zhejiang Geely is considering building vehicles in Russia thanks to its rapidly improving sales in the country, the market’s overall recovery and its potential for further growth.

“The logic of the auto business is to locate production in growing markets,” says Michael Malmsten, head of Volvo Car Russia. “Therefore, Volvo is exploring the possibility of the establishment of Russian production.”

The automaker may assemble cars from completely built-up kits, but it has not ruled out producing certain parts locally, he says. Specific vehicles have not been identified, but the plant probably would produce Volvo’s most popular cars in Russia, which include the XC60 and XC90 CUVs and S90 sedans.

Volvo Cars has not disclosed either production volumes or the location of a factory. Russian Ministry of Trade analysts say St. Petersburg, one of Europe’s largest seaports, could be a favorable location because its close proximity to Sweden would provide logistics benefits.

Localization of production within Russia would allow Volvo Cars to supply vehicles for government agencies and officials. Under current legislation, only Russian-made cars can be supplied for state needs.

The company continues expanding its product range in Russia, focusing on popular CUVs. Sales of the new-generation XC60 CUV launched in January, the new-generation XC40 CUV reaches showrooms in May and a limited edition of the XC90 CUV is to go on sale in the year’s second half.

Volvo Cars has 43 dealerships in 25 Russian cities and is preparing to open new retail outlets in Kaliningrad, Vladivostok and Moscow.

Volvo Cars had considered retaining Russian contract assembler Avtovor to establish production in the country, but those plans were suspended when the financial crisis developed in 2012-2013.