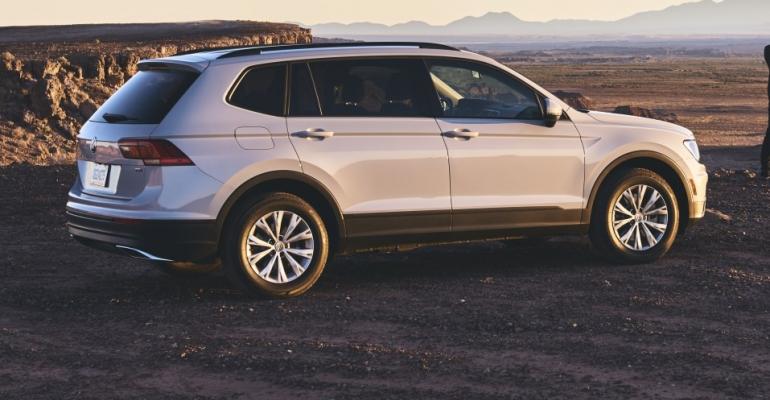 Despite mounting Dieselgate costs, the VW Group remains upbeat on growth prospects for 2019. Increased sales of SUVs and savings from extensive cost-cutting have led it to forecast revenue growth of 5% this year.

WOLFSBURG, Germany – The Volkswagen Group announces it has met its first-quarter operating profit forecast for 2019, despite a further special provision to its balance sheet to cover mounting costs related to the 2015 diesel emissions manipulation scandal.

The German automaker, whose portfolio of brands include Volkswagen, Audi, Bentley, Bugatti, Lamborghini, Porsche, Seat and Skoda among others, says it set aside a further €1 billion ($1.1 billion) during the first three months of this year due to legal risks associated with diesel emissions manipulation charges, bringing the total cost of the Dieselgate scandal to more than €30 billion ($33.6 billion).

The Volkswagen Group claims the latest provision is unrelated to the recent charges filed by the Braunschweig public prosecutor in Germany against its former CEO Martin Winterkorn and four other as yet unnamed ex-executives.

Despite mounting Dieselgate costs, the Volkswagen Group remains upbeat on growth prospects for 2019. Increased sales of SUVs and savings from extensive cost-cutting have led it to forecast revenue growth of 5% this year, as well as a group operating return on sales of between 6.5% and 7.5%.

Group sales for the period were down 2.8% to 2.1 million vehicles.

The Volkswagen Group’s operating profit before interest and taxes for the first quarter of 2019 were €3.9 billion ($4.4 billion), down from €4.2 billion ($4.7 billion) in 2018 but in line with analyst expectations.