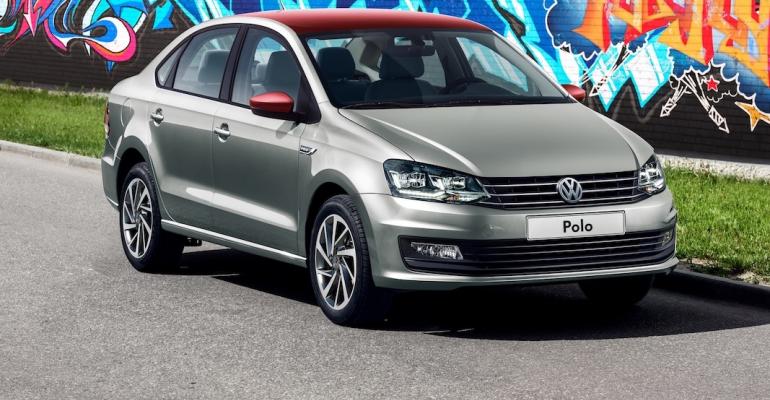 A recent meeting between VW’s general director, Herbert Diess, and Russian President Vladimir Putin resulted in the automaker’s announcement that it planned to sign a special investment contract with the country’s government, possibly within the next two months.

Markus Osegovich, head of VW Russia, says the automaker plans to invest RR40 billion ($625 million) within the next five years to increase production capacity at its flagship Russian plant in the city of Kaluga, where VW also wants to localize production of 1.4L TSI 4-cyl. engines as well as transmissions.

The expansion plan also calls for VW to increase its range of Russian-made models for both domestic sale and import, as well as auto parts. Exports comprised 10% of the 200,000 vehicles VW built in Russia in 2018.

The Kaluga plant produces VW Polo and Jetta models and Skoda-brand Rapid, Octavia and Yeti models. The second plant, in Nizhny Novgorod, is operated by contract assembler GAZ. That facility is under U.S. sanctions, which originally led VW to say it would resume investing in Russia only after the sanctions were lifted – a stance the automaker later softened.

Special investment contracts provide Russian government support to foreign companies that agree to establish or modernize production in the country. Applications have been submitted in recent months by automakers including PSA Group and Toyota.