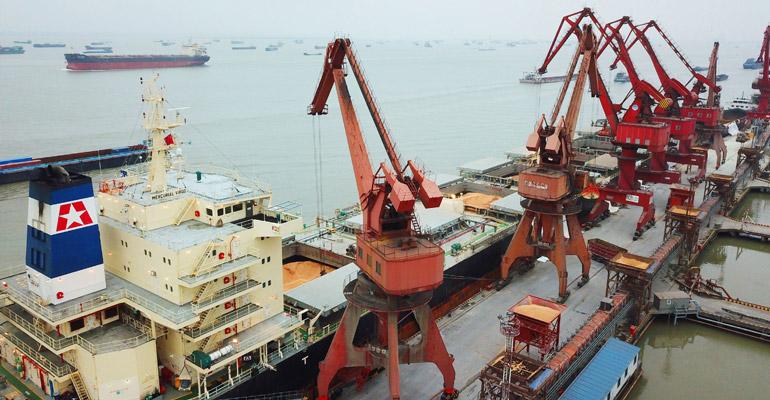 A key goal of the talks would be addressing American concerns about intellectual property protections for U.S. technology exports to China, but the U.S. government says “China has chosen to retreat from specific commitments agreed to in earlier rounds.”

The U.S. government on Friday increased its existing 10% additional duties on imports of automotive parts, engines and chassis from China to 25%, citing a lack of progress in ongoing trade talks.

Assembled vehicles are not included in the increased duties.

A statement released in the Federal Register says the U.S. and China have been trying to negotiate a trade deal since President Donald Trump and Chinese President Xi Jinping held a working lunch last Dec. 1. A key goal would be addressing American concerns about Chinese intellectual property protections for U.S. technology exports to China.

Meetings have been held in March, April and May, but the U.S. government note claims: “In the most recent negotiations, China has chosen to retreat from specific commitments agreed to in earlier rounds. [Given] the lack of progress…the President has directed the (U.S.) Trade Representative to increase the rate of additional duty to 25%.”

This would be paid on top of any pre-existing duties the U.S. may have charged on these Chinese auto-sector exports.

With these tariffs increasing costs for U.S. manufacturers sourcing from China, and which may also spark retaliatory duties from the Chinese government on U.S. auto exports, Matt Blunt, president of the American Automotive Policy Council, which represents Fiat Chrysler, Ford and General Motors, says in a statement sent to Wards: “It is important for the world’s two largest economies to have a healthy trade relationship and we are hopeful the dialogue continues. In a global economy, it is imperative for American automakers and other manufacturers to have a robust and competitive trading environment.”

The U.S. Motor & Equipment Manufacturers Assn. released a statement stressing it previously has “called for an agreement that will allow U.S. companies to remain competitive in a global marketplace while protecting intellectual property (IP) rights.”

It adds, “MEMA supports bilateral engagement, where China and the U.S. work together to protect the valuable IP of our members.”
Assessing the tariff schedule for the new increased 25% duties, the trade group indicates they will cover combustion piston engines and related cast-iron parts, aluminum cylinder heads and electric generating sets. They also will be raised on a spread of China-made light-vehicle chassis with fitted engines, as well as vehicle bodies including cabs.

Also, the duties will be levied on a wide range of metal products that potentially could be used by U.S. automakers, such as copper wire and cables; aluminum plates, rods, profiles, tubes, tanks, wire and containers; and iron and steel sections, tubes, pipes and hollow profiles (and associated fittings such as flanges, sleeves, elbows and bends).

Small items such as copper rivets, screws, washers, chains and springs, will attract the duties too.

Chinese exports of these goods to the U.S. are significant. International trade data indicates sales of motor vehicle wheels to the U.S. were worth $2.4 billion in 2017; exports of suspension parts and systems, including shock absorbers, were worth $673 million that year; diesel and semi-diesel engines for motor vehicles generated $58 million in sales; and sales of chassis for cars, vans, trucks and buses generated $588,000.

China’s ministry of commerce has said it will respond with “necessary countermeasures” but has yet to give details. “China deeply regrets that the U.S. has decided to increase the tariffs from 10% to 25% on $200 billion worth of China goods exported to the United States,” it adds, saying it wants the US-China trade talks to continue.