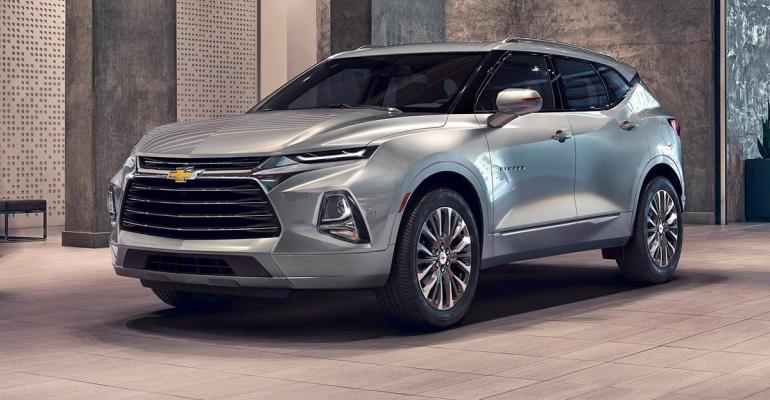 In a letter to local UAW officials, Terry Dittes, director of the union’s GM Dept., raises two specific issues: GM’s operations in Mexico and the automaker’s continuing use of temporary workers.

A key UAW leader is calling on union members and their families not to buy General Motors’ newest product because it is built in Mexico.

Terry Dittes, director of the UAW's GM Dept., notes the union continues to have “conflicts and disagreements” with the automaker in a letter addressed to all “Local Union Presidents, Shop Chairpersons, Vice Presidents, Financial Secretaries and Recording Secretaries.” An image of the letter was posted on Facebook by union members.

In the letter, Dittes raises two specific issues: GM’s continuing use of temporary workers and the automaker’s operations in Mexico.

“Recent news articles have stated GM is the largest producer of vehicles in Mexico,” Dittes wrote. “This comes at a time when four of our (U.S.) plants are in jeopardy. It’s my opinion America is with us in this fight to build here what we sell here.

“The new Chevy Blazer is hitting showrooms, which is exclusively built in Mexico. It is my hope that every single UAW member (or) family member not purchase this vehicle unless it is made in the USA by the members of the UAW.”

Dittes, using some of the toughest language coming from UAW leaders in years, also said, “GM cares only about one thing – money,” adding the recent drop in GM's stock price and decline in fourth-quarter sales demonstrate the automaker can ill-afford to alienate employees and the general public by closing plants in the U.S.”

GM announced the Monday after Thanksgiving it was idling assembly plants in Detroit-Hamtramck, MI; Lordstown, OH; and Oshawa, ON, Canada, as well as transmission plants in Warren, MI, and Baltimore. More than 6,200 union jobs are affected.

In a statement released Thursday night, GM said: "Several components in the Chevrolet Blazer are built in the U.S. at GM plants, supporting many UAW jobs. For example, the engines for the Blazer come from UAW-represented plants in Spring Hill, TN; Romulus, MI and Tonawanda, NY. There are also several other components in the Blazer from U.S. suppliers – supporting even more U.S. jobs."

The UAW complained last year after GM eliminated a shift at the Lordstown plant that the Blazer should have been assembled in the U.S.

Dittes also asked UAW members covered by the union’s GM contract to canvass their workplaces to see if GM is using temporary employees. The use of temporary workers, particularly at GM, promises to be a major issue during this year’s UAW’s contract negotiations with Detroit’s three automakers.

Dittes notes in his letter the UAW already has filed a breach-of-contract lawsuit against GM for extending the use of temporary workers at its light-truck assembly plant in Fort Wayne, IN. The union maintains the jobs should go to idled UAW members from Lordstown, where some 700 full-time workers are on indefinite layoff.

GM has said it intends to find jobs for all workers displaced by the restructuring of the company’s operations, including the five plant closings slated to take effect by the end of 2019. GM Chairman Mary Barra is scheduled to add detail to the automaker’s plans during a presentation to analysts at the end of this week.

Meanwhile, Unifor, which represents workers at Oshawa assembly plant, continues to expand its advertising campaign calling out GM for failing to live up to its commitments to its Canadian employees whose concessions helped the company survive the recession a decade ago.

On another front, UAW activists have announced plans to demonstrate outside Cobo Hall in Detroit on Jan. 18 during the North American International Auto Show’s Charity Preview.

In a letter calling for the demonstration, the Autoworkers Caravan, one of the established activist groups inside the UAW, says the Detroit-Hamtramck plant is a potential “engine for a Green New Deal.” The factory builds the Chevrolet Volt plug-in hybrid (above, left), which is being phased out.

The union activists criticize GM for ending production of the Volt and other smaller-sized sedans and instead committing resources to gas-guzzling pickup trucks and SUVs. “In short, GM has abdicated even the most basic of commitments to the well-being of our society and the planet,” the activists say.