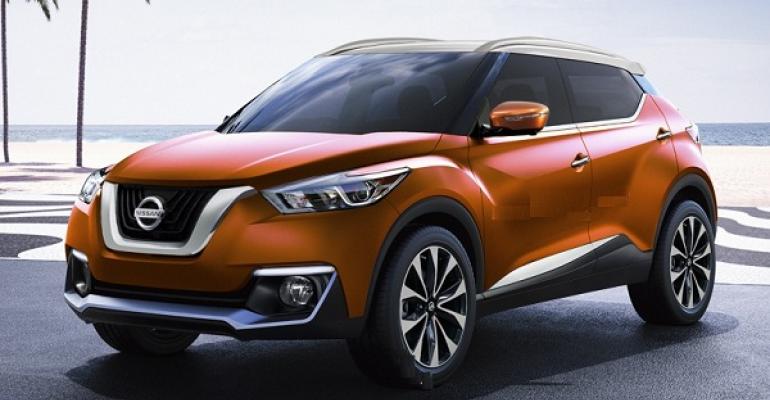 Christian Hutin, a member of the French National Assembly, is asking the French government to use its 20% stake in Renault &ndash; making it the automaker&rsquo;s largest shareholder &ndash;&nbsp;&ldquo;to help improve the situation&rdquo; at sister company Nissan&rsquo;s Canton, MS, plant.

Long frustrated in its dealings with the Renault-Nissan Alliance, the UAW is going international in its drive to revive its stalled organizing campaign at Nissan’s assembly complex in Canton, MS.

So far, the UAW has made little headway as it takes on the Mississippi conservative political establishment, which has been hostile to trade unions for decades. “The UAW doesn’t have any support,” says one Nissan official, who asked not to be identified.

Nor has the union attempted to stage a vote at Canton as it did at the Volkswagen plant in neighboring Tennessee, which generally is hostile to unions as well.

However, the UAW and its allies in Europe and South America have succeeded in making life uncomfortable for Nissan and its CEO Carlos Ghosn, who has had to answer questions about Canton while testifying at a French National Assembly committee hearing. The UAW hasn’t forgotten Ghosn’s personal role in defeating a union organizing drive at the Nissan plant in Smyrna, TN.

French workers from Renault recently staged an eye-catching demonstration in central Paris in support of the pro-union workers in Canton and also have taken aim at Nissan’s sponsorship of the Summer Olympics in Brazil. As an official sponsor, Nissan is providing 4,200 vehicles for the Olympics and is using the event to launch its Kicks compact CUV as the official car.

The UAW says the automaker spurned its offer to meet with Christian Hutin, a member of the French National Assembly and deputy chairman of its Social Affairs Commission, who traveled to Mississippi last month on what the union called a “fact-finding mission” about the labor situation at the Canton plant.

Hutin is asking the French government to use its 20% stake in Renault – making it Nissan’s largest shareholder –“to help improve the situation in Canton,” the UAW says in a news release. After meeting with workers and civil-rights leaders, Hutin told the French news agency AFP the plant, located in one of the poorest U.S. states, was a “lawless place.

“The situation in (Canton) is dire and sadly not new, with the rights of workers seriously being compromised,” Hutin said in a statement. “Every possible step is taken to prevent the personnel from organizing a union inside the plant.

“Pressure, threats, harassment, routine propaganda...every possible step is taken to prejudice the rights of workers in what is known as a historic cradle of the civil-rights movement in the United States of America.”

Ghosn did not meet with Hutin but did meet with members of the Renault Works Council, which reiterated its solidarity with pro-union Nissan workers at Canton. Ghosn refused to discuss issues at Nissan since the meeting was about Renault, but insisted the Japanese automaker strictly conforms to national legislation.

IndustriALL, the successor to the International Metalworkers Federation and an ally of the UAW, is using the Olympics and Nissan’s sponsorship to target what it describes as the automaker’s “failure to its commitment to freedom of association with its aggressive anti-union campaign in Canton, Mississippi.”

Jyrki Raina, IndustriALL, general secretary, says the labor federation will “continue to support our affiliates’ legitimate rights to organize, whether it’s in the U.S. or anywhere in the world. An injury to one is an injury to all, that’s our mission of global solidarity. And we will continue it as long as it takes. We will not go away.”

The UAW in May filed a formal complaint with the National Labor Relations Board alleging Nissan was using coercive and illicit tactics to stymie union organizing, including surveillance of workers who have spoken out in favor of unionization.

Pro-UAW workers have used the organizing campaign to express concerns about hours, health and safety and allegedly unfair employment practices. Nissan insists the plant is well-run and the complaints are without merit.

Another of the pro-union employees’ complaints is that half of the workers at Canton are temporary workers supplied by an outside contractor.

So far the company hasn’t budged under the pressure.

Nissan opened the plant in 2003 and now employs more than 6,000 at the plant. A recent study by Mississippi State University indicated the Canton facility supports roughly 25,000 jobs around the state.

The plant builds the Nissan Murano, Titan XD, NV cargo and passenger vans, and the Frontier including its King Cab and Crew Cab variants.

Nissan spokeswoman Kristina Adamski says the automaker does not believe workers at the plant will gain from unionization.

“In every country where Nissan has operations, we follow both the spirit and the letter of the law,” she says. “Nissan not only respects labor laws, but we work to ensure that all employees are aware of these laws, understand their rights and enjoy the freedom to express their opinions and elect their representation as desired.”

Nissan could not accommodate Hutin’s request to visit the plant “due to the demands of the business,” citing the plant’s preparations to put new vehicles into production even as it continues to build multiple models.

Nissan is conducting “nuanced and complicated” opposition to block the UAW from Canton, says Arthur Wheaton, director of the Worker Institute at Cornell University. “The money spent on avoiding union (organization) exceeds the money spent in the individual organizing drives.”