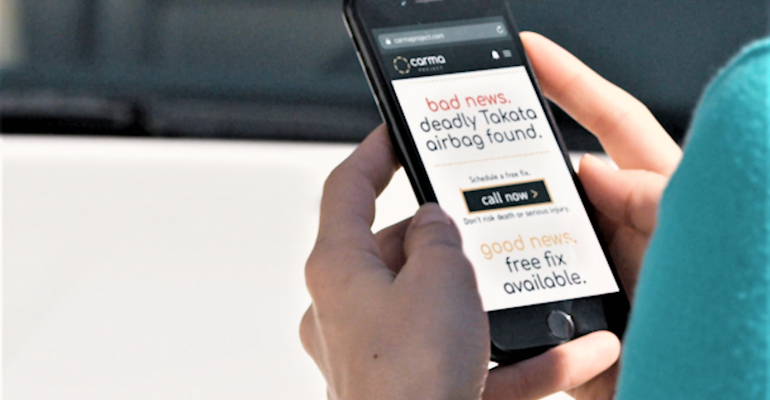 The Carma Project relies on so-called ambassadors to use social media, such as Facebook and Twitter, and person-to-person communication, such as emails and text messages, to persuade owners of cars equipped with defective Takata airbags to get them fixed.

Can an email or Facebook message from a friend or relative get you to do what the government too often can’t – prod you to have the potentially lethal Takata airbag in your car fixed?

The Carma Project, a 7-month-old tech startup backed by Toyota North America, thinks so. It credits its peer-to-peer publicity campaign with getting more than 1,000 defective Takata airbags out of cars since launching in mid-December.

Vehicles under any number of recalls often go unfixed because consumers ignore warnings from the government or OEMs. The Carma Project’s crowdsourcing approach offers rewards for spreading the word about the Takata recall and encouraging repairs, co-founder and President Tony Lim (below, left) tells Wards during an interview.

The Carma Project portrays the situation as good vs. evil, and “the evil is the Takata airbag,” he says.

The National Highway Traffic Safety Admin. says at least 15 people have been killed and hundreds more injured by defective inflators in Takata airbags, which can explode – mainly in hot and humid weather – and spray metal shards inside the vehicle cabin.

In the U.S., to which the Carma Project currently is limited, recall notices covering 41.6 million vehicles fitted with a total of 55.6 million Takata airbags have been issued. But only 25 million of those vehicles had been fixed as of mid-June, Lim says. With new recalls being announced periodically, the total number of recalled vehicles could range from 60 million to 70 million by year’s end, he says.

The Carma Project relies on so-called ambassadors, currently numbering about 22,000, to use social media such as Facebook and Twitter, and person-to-person communication such as emails and text messages, to reach owners of unfixed cars, he says.

“We’re proving that a better response comes from friends and family,” Lim says.

The website first might assign the ambassador a “mission” such as “Catch a Corolla,” in which they’re asked to contact friends or relatives who own Toyota Corollas.

The car owner is directed to the Carma Project website, where they enter the license plate or VIN number to determine whether their vehicle is subject to recall. They might receive a response such as, “Bad News: Deadly Takata airbag found,” followed by “Good news. Free fix available.”

From there, the owner can contact a Toyota call center which schedules a repair.

“These recall missions take less than a minute to do,” says Lim.

Proof of a fixed car is worth up to 5,500 in Carma Coin – $55, payable in gift cards – to the ambassador if the car is found to be in what NHTSA considers the highest of a dozen priority groups based on the vehicle’s age and where it is registered.

Owners who check the status of their vehicle on the Carma Project’s website receive a $5 gift card but aren’t compensated for having the repair done. 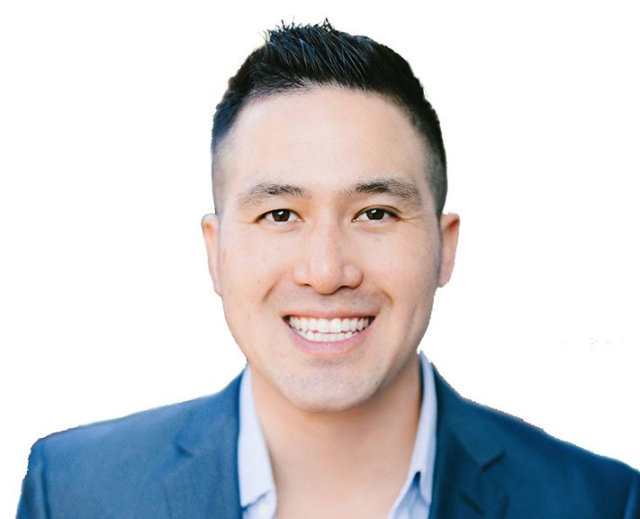 “We try to gamify the whole experience,” Lim says. “We rely a lot on game theory.” But the initiative also recognizes people’s desire to help each other, he says.

Of the 110,000 license-plate and VIN searches conducted since the initiative launched in December, 15,000 vehicles have been found to be under some type of recall, including 7,000 Takata airbag recalls across 19 automakers, Lim says.

Owners of some 1,200 vehicles, nearly half of them Toyotas, have had their Takata airbags replaced after being contacted by a Carma Project ambassador.

The program has paid out more than $230,000 in incentives, according to Bitmo, a payment platform that has partnered with the Carma Project to provide gift cards.