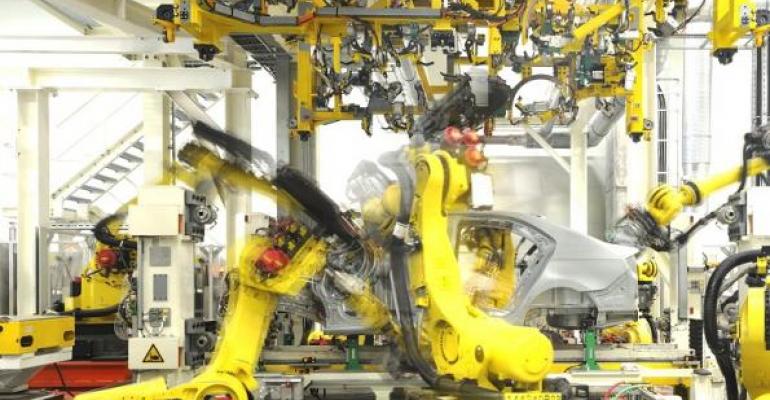 Devaluation of the ruble has significantly reduced costs for global automakers who are placing greater emphasis on exporting their Russian-made cars amid a steep decline in local demand.

ST. PETERSBURG – Global automakers operating in Russia may significantly increase exports of their locally made cars and engines in coming years, thanks to special customs benefits and subsidies offered to them by the Russian government.

Increasing exports of cars, auto parts and engines produced in Russia has become a priority for the government. Devaluation of the ruble has significantly reduced costs for global automakers who are placing greater emphasis on exporting their Russian-made cars amid a steep decline in local demand.

The ruble’s devaluation led to the growth of car exports from Russia in 2017. According to Russian Ministry of Industry and Trade data, last year’s exports of 84,400 units were up 24.1% compared with 2016 and were valued at $1.32 billion.

The government wants to double the number of cars exported from Russia by 2019, in part by providing additional benefits and subsidies to global automakers operating in the country. Such benefits include the lifting of value-added taxes and duties on imports of auto parts used in the production of vehicles ultimately destined for export.

Such benefits already have been provided to Volkswagen Group, whose flagship Kaluga plant is one of Russia’s largest in terms of annual output. The German automaker has announced plans to increase exports of cars and engines produced at the facility in coming months.

The automaker says about 40,000 engines built at Kaluga will be exported to VW production sites throughout the world, primarily the European Union. The plant has the capacity to build 150,000 engines a year.

In addition to engines, VW plans to export up to 10,000 Skoda Octavia cars produced under contract by GAZ at Nizhny Novgorod.

While VW receives export benefits from the Russian government, negotiations with other global producers are under way.

In addition to customs benefits, the Russian government plans to stimulate exports by changing the existing distribution of export subsidies among both domestic and global automakers. The budget for subsidies both this year and in 2019 is RR11.8 billion rubles ($180 million).

Under current rules, minimum subsidies covering 20% of transport costs required for car exports outside Russia are available to global automakers operating their own assembly plants in the country. Maximum subsidies covering 80% of transport costs are intended for domestic automakers and producers holding so-called special investment contracts. The latter group includes Daimler, which has announced it will build a Mercedes-Benz plant in the Moscow region.

The government may increase subsidies for auto exporters to 60%-80% of their transport costs if localization of their Russian production exceeds 50%.