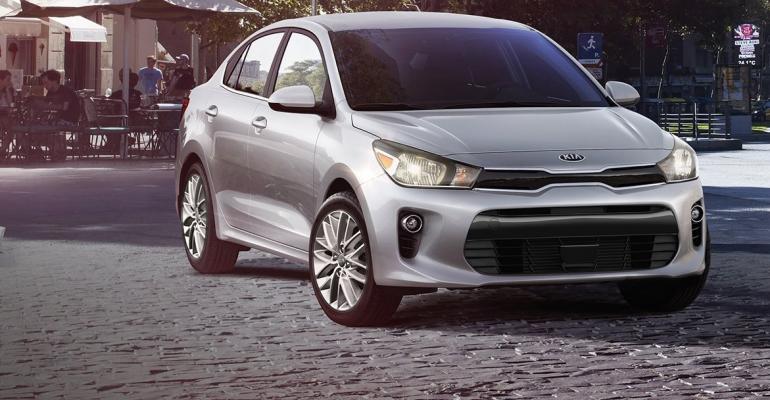 Global manufacturers say expanding mandatory requirements for localization for some components, such as engines and electronics, pose serious technical difficulties and likely will not be implemented for years.

ST. PETERSBURG – Global automakers are unhappy with Russia’s stiffening demands for localizing production, but most actually are raising their profile in the country by adding to their model ranges.

The government announced earlier this month that continued support for automakers operating plants in Russia will directly depend on their level of localization. The companies, for example, will have to establish or maintain welding, painting and stamping operations and use at least 70% Russian metals, primarily aluminum, in their production.

Automakers will be able to decide for themselves which auto parts to produce locally, and when. The Russian government originally made state support contingent on localization of some specific components such as engines and transmissions, and of certain operations such as R&D.

Domestic automakers also are concerned about the tightening localization requirements. Statements from Russian automaker AvtoVAZ and French manufacturer Renault both say the government also should take into account the number of local jobs created or maintained, as well as the volume of investments.

Global manufacturers say expanding mandatory requirements for localization for some components, such as engines and electronics, pose serious technical difficulties and likely will not be implemented for years. In the case of electronics and other high-tech components, switching to Russian products will be difficult because those products usually are part of global platforms, they say.

State support for manufacturers who comply with localization requirements includes preferential rates on car loans and leasing, bank subsidies for exports of their Russian-made cars and subsidies covering part of their costs of vehicle and component production.

Industry analysts say the heightened pressure on automakers may be linked to the Russian automotive market, which is struggling after growing by double digits in 2018 and 2017. Wards Intelligence data shows car sales fell 1.8% year-over-year in the year’s first two months.

Additionally, the government has cut funding for programs that had been stimulating demand for cars; Russia’s value-added tax was raised this year to 20% from 18%; Western sanctions continue to pressure the country’s economy; and prices for most new cars have risen.