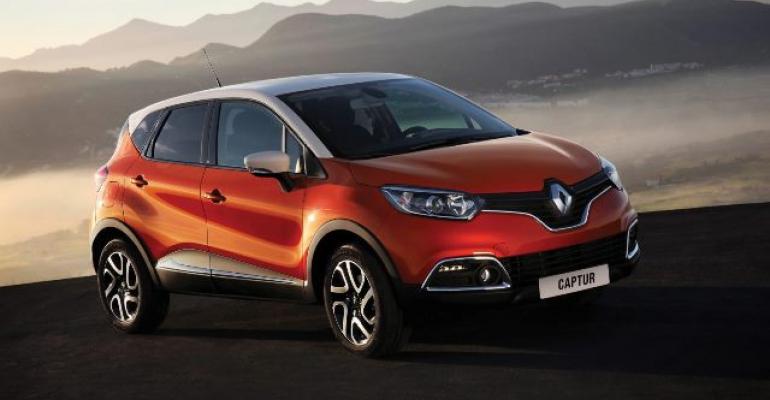 <p><strong>A new labor agreement with Renault workers in Spain would bring production of a second model alongside the Captur CUV at the Valladolid plant near Madrid.</strong></p>
Industry News

The Spanish subsidiary of French automaker Renault offers a 2017-2019 labor and industrial plan that would award a new model to the Valladolid plant and assure engine and transmission production in Valladolid and Seville, respectively.

MADRID – Renault Spain is offering its works council a new industrial plan for 2017-2019 that could award a new model to Renault’s Valladolid plant.

Proposed by Jose A. Lopez, general manager of Renault Spain and manager of the Palencia plant, the new plan includes assigning the next two generations of K engines for Europe (the seventh and eighth generations) to the Renault engine plant in Valladolid.

Under the plan, the transmission plant in Seville would be designated as the “preferred” plant for assembling the TX30 gearbox. Lopez also offered to maintain 2015 production levels as long as demand and product mix remain constant.

In exchange, Renault wants a new labor agreement focused on competitiveness and flexibility that must be signed before the end of March when a decision on the future industrial plan must be made. However, a similar situation occurred during the last labor talks and the agreement wasn’t finalized until several months after the deadline.

Until now, the plans alternatively focus on Valladolid and Palencia assembly plants. The current deal awarded production of the Kadjar crossover and Megane IV to Palencia. New models could be awarded to the Palencia plant but not before 2020.

The Valladolid plant, which assembles the Captur and some Twizy EVs, reached 257,510 vehicles in 2015, the highest level in the last 12 years.

The body assembly plants of Valladolid and Palencia worked in excess of maximum production capacities in 2015, with three daily work shifts and an additional one during the weekend.