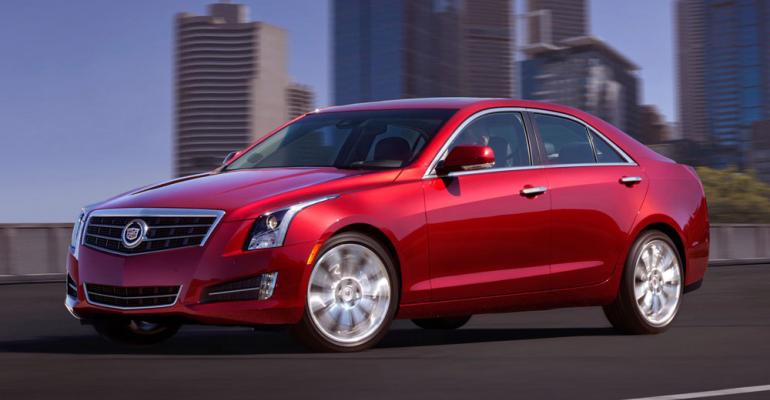 In two or three years, automotive will replace cans as the major aluminum customer of the Oswego, NY, facility, at about 850 million lbs.

TRAVERSE CITY, MI – Novelis is spending $200 million on its rolled-aluminum plant in Oswego, NY, so the company can quadruple its output for the automotive industry and permit several new all-aluminium vehicles to be built in North America.

Now, the discussion is not about replacing a part in a steel body to save a few kilograms, but more aggressive weight savings.

Novelis had been selling aluminum for hoods, liftgates and some roofs for years, but now North American customers are asking for complete vehicles or all their liftgates or hoods. Boney says Novelis has two customers for all-aluminum vehicles.

To meet the demand, Novelis needs to invest.

The rolling plant in Oswego has a capacity of 1.3 billion lbs. (590 million kg) of rolled aluminum a year. Recently, automotive business consumed about 175 million lbs. (79.4 million kg), while the can industry got most of the production.

Rolled aluminum had been sent to a Novelis facility in Kingston, ON, Canada, where it got finish treatments needed by the automobile industry, then moved on to the customer.

In two or three years, automotive will replace cans as the major customer of the Oswego facility, at about 850 million lbs. (386 million kg). The $200 million is for adding treatment processing to the Oswego facility, which will be enough to meet the anticipated demand, in tandem with the Ontario plant.

Globally, says Boney, Novelis has sheet aluminum on more than 150 different models around the world. Some are well-known all-aluminum cars from Jaguar Land Rover and Audi, and others drawing recent attention are mixed-material models, such as the Cadillac ATS.

Novelis is the sheet-aluminum leader in both North America and Europe, and its rolling- plant capacity in those continents and Asia give it a competitive advantage in acquiring business on global platforms, says Boney.

A second advantage, he says, is the company’s efforts to increase recycled content in its rolled aluminum, which reduces manufacturer’s environmental footprint.

Mark White, in charge of Jaguar Land Rover’s Body Complete Business Unit, said at Monday’s lightweighting session that JLR is getting aluminum with 50% recycled content from Novelis, and he expects to raise that to 75%-80% by 2020.

Boney says last year overall Novelis was at 43% recycled content, and it will reach 50% globally next year, with an 80% long-term goal.

Novelis collects the scrap aluminum from its customers’ plants, but it also has a large operation gathering aluminum from end-of-life vehicles, soda cans and other sources from general recycling. Aluminum recycles well.

“We can take a fender from a 1998 Audi A8 and make another part for a new A8,” he says. Aluminum cans, he says, have a life of about 60 days from the time they are made until they are remade again.

In May, Novelis signed a cooperation agreement with ThyssenKrupp Tailored Blanks to develop tailored aluminum blanks for the car industry. Tailored blanks adjust the thickness of the metal so more material is applied where it is needed, and less where it is not. That project is European, says Boney, and there is no equivalent in North America.