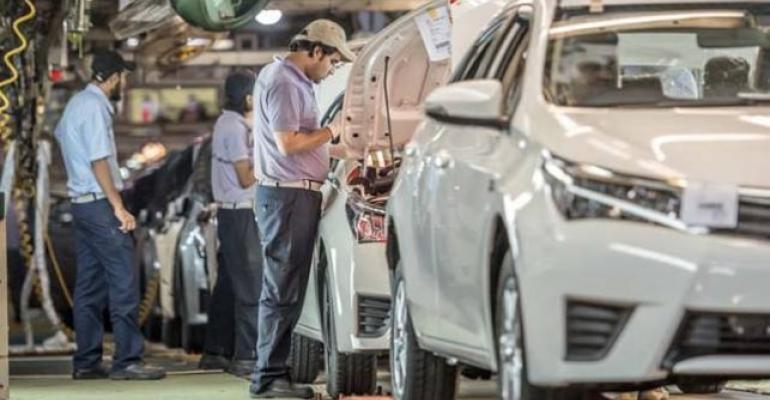 ISLAMABAD, Pakistan – New excise taxes on automobiles sold in Pakistan have further depressed an already struggling market, but there are signs of a brighter future.

It was a similar story for light-commercial-vehicle sales from the same manufacturers, who sold 1,626 units in July, down 34.2% from year-ago.

Ali Asghar Jamali, PAMA vice chairman and CEO of Pakistan’s Indus Motors (a Toyota joint venture), says assembly costs already had risen because of the depreciation of the Pakistan rupee PKR, ($1 bought PKR132 in November and bought PKR156 in September). “This has resulted in a price hike for imported parts,” he notes.

The government’s October decision to ban the sale of vehicles to drivers who do not file Pakistan tax returns – an anti-tax evasion measure – has hurt the market as well. “The industry’s growth momentum has vanished and now it is facing a downward trend in sales,” Jamali says, adding the country’s three leading assembly groups have scaled back production as a result.

Pakistan’s existing automakers could face more competition under the government’s 5-year automotive policy, which offers tax incentives for new manufacturers – outside the dominant Japanese trio – to establish operations in the country. Renault, Volkswagen and Audi have said they are interested in setting up plants.

A senior official in Pakistan’s Ministry of Industries and Production tells Wards Volkswagen plans to invest $135 million to establish a manufacturing plant in Baluchistan province “for which the land has already been acquired.” The official says Pakistan already has awarded “greenfield” tax breaks to VW, adding the automaker “will begin construction work on the site soon.”

The official predicts auto production will launch in 2021, initially the T6 commercial van and the Amarok pickup (below, left).

If rivals to the three established automakers do set up shop in Pakistan, they may struggle at first. A University of Karachi paper, “Impact of New 5-Year Automobile Policy (2016-21) on the Profitability of Major Players in the Automobile Industry of Pakistan,” notes sales by the three Japanese incumbents rose continuously from 2012 to 2017. It concludes “the share of profit of the major players…is not expected to decline” even if the sector diversifies, perhaps because of the Pakistani consumers’ trust in established marques and because their vehicles may be easier to maintain because parts are readily available. 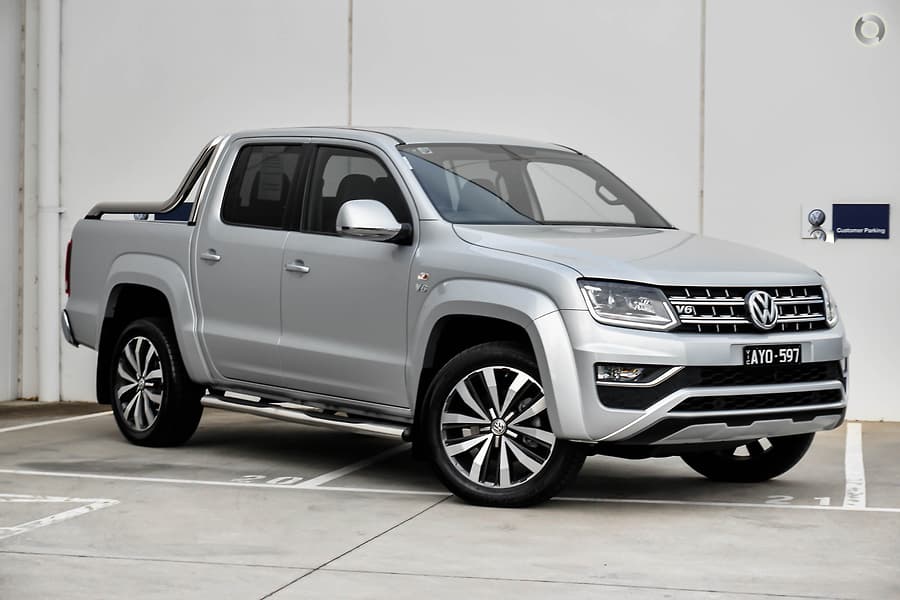 For the automakers sticking it out, there is a big long-term prize in Pakistan. Industry officials estimate only 18 of 1,000 people are vehicle owners in Pakistan, a country with a population exceeding 197 million. And the used-car import market is important; government figures show the country imported 38,670 used cars in 2016 and 65,723 cars and minivans in 2017.

This market, however, is vulnerable to government action – with the Ministry of Commerce restricting sales by insisting duties and taxes on car imports be made in foreign exchange. The Pakistan Bureau of Statistics says imports of completely built-up cars (90% of them used) fell to $156 million in the first half of fiscal 2019, down 43% from $277 million a year earlier.

Despite the current malaise, there is much to play for. And what kind of cars should assemblers make to prosper in Pakistan? Build big, maybe: Imports of SUVs rose 59% to 7,758 units in 2017, while imports of pickups and vans were up 9% to 3,154 units.