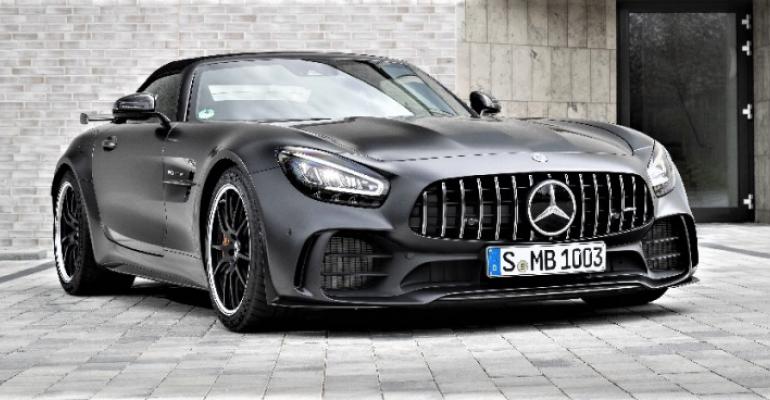 Daimler reportedly is the manufacturer furthest away from achieving the 2021 European Union target of 95 g/km average fleet emissions of carbon dioxide.

The European Union is getting ready to fine the world’s top 10 automakers an average €11.4 billion ($12.8 billion) apiece for failing to hit its carbon-emissions targets.

A report by industry analyst Auto Emissions claims Daimler is the manufacturer furthest from achieving the 2021 EU target of 95 g/km average fleet emissions of carbon dioxide. Toyota is the closest to lowering its carbon footprint but still faces significant penalties.

Automakers must substantially reduce their annual carbon footprint to meet EU emissions standards or else face fines of €95 ($106) per CO2g/km that exceeds the target, multiplied by unit sales.

Based on the top manufacturers’ fleet emissions and unit sales over the past year, this equates to an average penalty of €11,462,337,802 ($12,869,900,000) against each. On top of the cash fines, the automakers also would have to offset the emissions of their annual sales.

An analysis of the best-selling models of each brand shows PSA Group produced the most-polluting cars on average last year, which would cost €1.3 billion ($1.46 billion) to offset. Based on EU sales, the most polluting model sold last year was the Renault Clio.

When considering the running costs of all the top 10 companies’ flagship models, the Mercedes-AMG GT was the most polluting model on the market last year, while the Peugeot 508 was the most environmentally friendly. Despite this, the 508's carbon footprint is still equivalent to consuming 12,208 L (3,335 gallons) of gasoline or 10,659 L (2,815 gallons) over the life of the car.

The transport industry is thought to account for an estimated 24% of the world's greenhouse gas emissions last year. The Auto Emissions Report used data gathered from a range of sources, including automakers' annual reports, EUROPA, transportenvironment.org and Carbon Engineering.