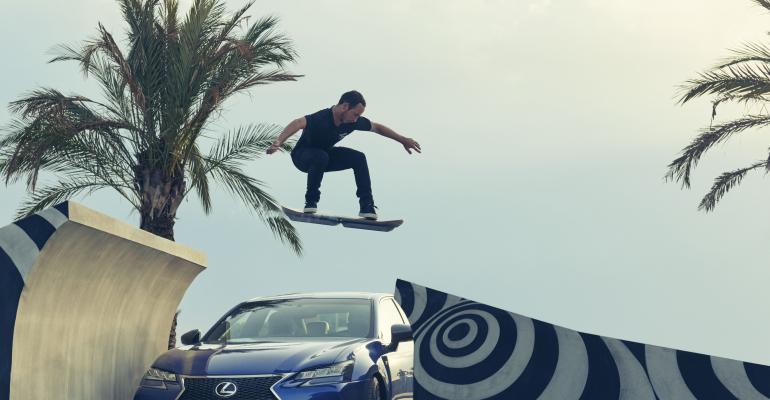 TNT beat out the broadcast networks to collect the lion&rsquo;s share of automotive ad dollars, with an estimated $6.2 million, driven largely by sports-related programming.

In this week’s Most Engaging Auto Ads, powered for WardsAuto by iSpot.tv, Lexus lands the top spot with an ad featuring not a car, but a hoverboard, while two Subaru dog-themed ads followed closely behind.

Lexus’ “It’s Here” was the most-engaging single ad (based on combined online views, social media actions and online search), generating over 16% of all the digital chatter in the category for the week, led by more than 200,000 online views.

But Subaru’s “Dog Tested: Gas Station” and “Dog Tested” spots together captured 17.8% of the same digital chatter, thanks to more than 2,600 social actions.

Overall, automakers spent an estimated $76.4 million on TV ads for the week, nearly on par with the prior week’s spend, airing 233 spots.

Chevrolet led the way with 8.8% of the total outlays, followed by Hyundai and Ford, tied at 6.4% apiece, and Volkswagen close behind at 6.1%.

TNT beat out the broadcast networks to collect the lion’s share of automotive ad dollars, with an estimated $6.2 million, driven largely by sports-related programming. CBS followed with $5.4 million, while Fox drew $4.9 million.