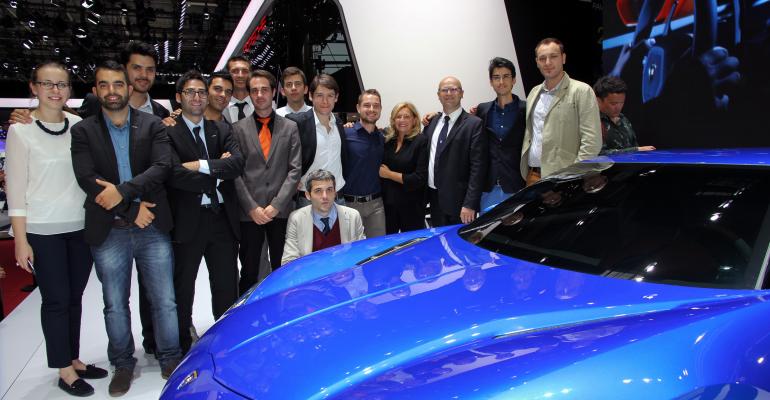 Perini comes to Italdesign from Lamborghini, where he has been design director since 2006. He succeeds Wolfgang Egger, who left Italdesign to head owner Volkswagen Group&rsquo;s Interbrand Design Studio in Braunschweig, Germany.

TURIN – Filippo Perini will be appointed head of design at Italdesign by Walter De Silva, incoming president of the design and engineering studio, sources tell WardsAuto.

Perini (no relation to author) comes to Italdesign from Lamborghini, where he has been design director since 2006. He has relocated to a new office at Italdesign headquarters in Moncalieri, Italy, ahead of his appointment to be informally announced Friday.

De Silva will be formally appointed Friday to succeed company founder Giorgetto Giugiaro as president. Jorg Astaloch, former chief financial officer of VW’s MAN truck- and bus-manufacturing division, will be named CEO of Italdesign, succeeding Enzo Pacella, who has been promoted to Italdesign’s supervisory board.

Giugiaro, 77, and his son Fabrizio in June sold their remaining interest in Italdesign to VW subsidiary Lamborghini.