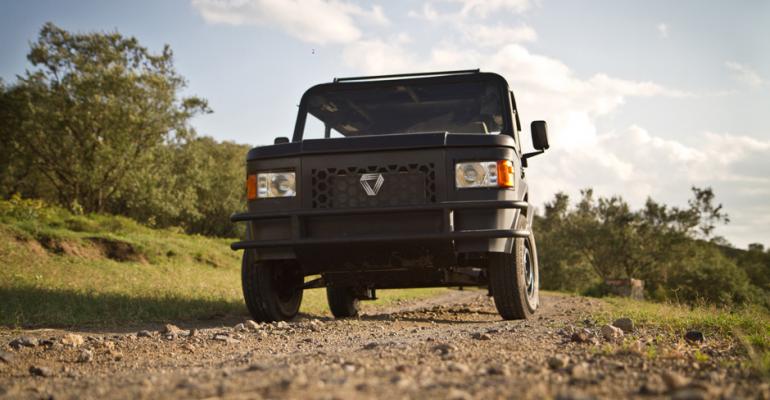 A government official expects another record year for new-vehicle registrations as a result of robust construction, energy-sector development and growth in tourism despite Kenya&rsquo;s engagement in a counterterrorism war in neighboring Somalia. &nbsp;

NAIROBI – Rising demand for commercial vehicles and luxury cars pushed new and used motor-vehicle registrations in Kenya to nearly 100,000 units last year, according to the Kenya National Bureau of Statistics.

Reporting in the agency’s 2015 economic survey, director general Zachary Mwangi notes the 102,606 newly registered motor vehicles in the country in 2014 was up about 9.0% from 94,017 units in 2013. Both totals include trailers.

Mwangi tells WardsAuto he expects new-vehicle registrations to set another record this year as a result of robust construction, energy-sector development and continued growth in tourism, despite Kenya’s engagement in a counterterrorism war in neighboring Somalia.

“Improved governance and a sustained strong internal demand for services are likely to favor demand for not just commercial vehicles but also cars,” Mwangi says.

The Kenya Motor Industry Assn. also indicates more new vehicles likely will be sold in the country this year, although they accounted for fewer than one in six registrations last year.

New-vehicle dealers sold a record 17,499 units in 2014, a figure that has increased despite the government’s removal of restrictions on imports of used cars in the early 1990s.

Many of those new vehicles were sold by Toyota Kenya, Cooper Motor, Simba Colt and DT Dobie, which are the leading dealerships in East Africa.

General Motors has an assembly plant in Nairobi that assembles heavy-commercial vehicles for sale within Kenya as well as for export to Burundi, Ethiopia, Malawi, Mozambique, Rwanda, Somalia, Tanzania, Uganda, Zambia and Zimbabwe.

Other automakers are looking to establish assembly plants or expand their sales networks in the East African Community region comprising Burundi, Kenya, Rwanda, Tanzania and Uganda.

Hyundai plans to invest $22 million over the next three years through its Hyundai East Africa Holdings subsidiary to establish an assembly plant in Nairobi and expand sales in the region, notably Burundi, Ethiopia, Kenya, Rwanda, South Sudan, Tanzania and Uganda, plus Central Africa’s Democratic Republic of Congo.

According to Sandeep Shah, vice chairman of the Kenya Motor Industry Assn., Indian automaker Tata plans to make investments in East Africa including a $12.8 million bus-assembly plant in Mombasa to serve the region. Tata in May launched six models of its trucks in Kenya.

In the low-cost motor-vehicle segment, Kenya-based Mobius Motors has entered the fray with the Mobius II. The startup venture, financed by American billionaire Ronald Lauder with undisclosed capital, assembles the vehicle at Thika, 30 miles (50 km) northeast of Nairobi.

One of the principal investors in Mobius, Darshan Chandaria, CEO of Kenya-based Chandaria Group, says Mobius II models on sale since October sell for $10,000.

“The car is designed for off-roading in Africa and stripped of extras such as air conditioning, power steering and many internal luxury fixtures,” Chandaria says. “In rural Kenya today we are using secondhand imported vehicles which are not suited to the poor road conditions. (Mobius is) custom-building a vehicle to suit the Kenyan road conditions.”

Demand for luxury cars also is growing in Kenya, a nation of 44.3 million people. Sanjiv Shah, chief executive of RMA Motors (Kenya), a dealer of high-end luxury cars such as Jaguar Land Rover and high-performance models, says demand for luxury cars reflects the emergence of a sophisticated, wealthy class of people in Kenya and elsewhere in East Africa.

“Instead of individuals going through rigors of importing their expensive toys individually, we have now brought those luxury cars to our showrooms in Nairobi,” Shah says.

“Kenya’s rich are assertive on what they like and are particularly choosy. They like quality, design and exclusivity and all of these are in the heart of our brand values.”

Other premium brands on the market in Kenya include BMW, Mercedes-Benz brands and market leader Porsche.

Industry statistics show Porsche has 18% of the country’s luxury-car market largely through sales of its Cayenne CUV, which is selling for $100,000 to $300,000. Nairobi Porsche Centre, owned by local transport company Multiple Group, is the country’s third-largest luxury-car dealer.

“Our strategy of offering some of the best luxurious sports cars in the market has helped us to be ahead of our rivals,” Multiple Group Chairman Rajinder Bryan says.