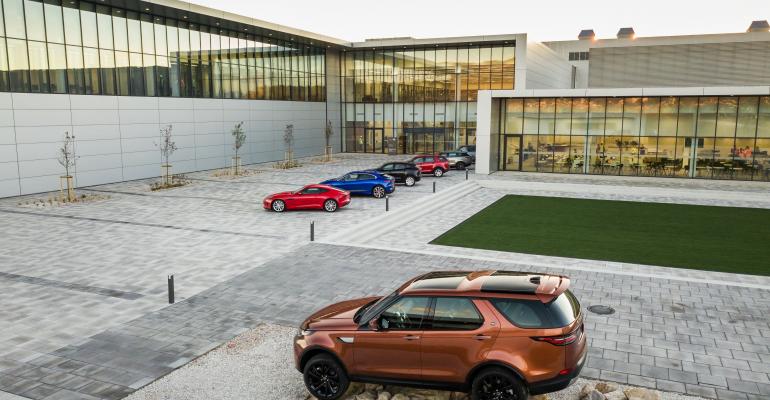 The 3.23 million-sq.-ft. facility in Nitra, 55 miles east of Bratislava, the central European country’s capital, has an annual capacity of 150,000 vehicles.

JLR employs about 1,500 people in Nitra, 98% of them Slovak nationals. All manufacturing employees underwent a 12-week training program at the automaker’s first overseas Training Academy, at a cost of €7.5 million ($8.5 million).

The first Land Rover Discovery rolled off the production line in September.

The Nitra factory is designed with the flexibility to enable smart, connected manufacturing technologies such as shop-floor visualization by using real-time data to support improved process efficiency, delivery and quality.

JLR’s investment in Nitra marks the latest step in the automaker’s global expansion strategy following the opening of its Chinese joint venture in 2014 and Brazilian plant in 2016, supported by contract manufacturing in India since 2011 and Austria since 2017.

The creation of new international factories allows JLR to protect against currency fluctuations and support a globally competitive business, the company says.

“(The) opening of our next-generation manufacturing plant in Nitra, Slovakia, represents the start of a new era in manufacturing for JLR,” he says in a statement. “It is the latest milestone in our long-term globalization program and the culmination of four years of planning.”

Slovakia has an established premium automotive sector, representing 44% of the country's overall industry. With a network of suppliers nearby, JLR has sourced a number of components, such as seats and wheels, to support production of the Discovery in Nitra.