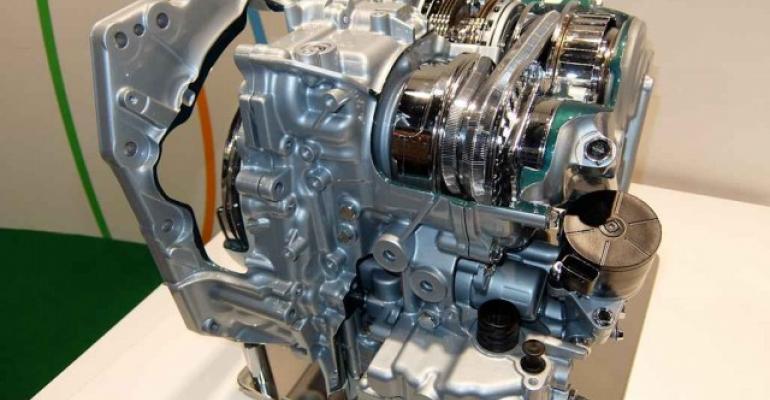 Jatco engineer Haruhisa Nakano estimates 70% of CVTs supplied to Nissan, the supplier&rsquo;s biggest customer, will feature so-called D-step shift in the next two to three years.

TOKYO – Jatco, trying to make its CVTs more appealing to a broader market of car owners, is promoting a variant of the transmission that simulates the feeling of shifting gears.

Haruhisa Nakano, product chief engineer, estimates 70% of CVTs supplied to Nissan, Jatco’s biggest customer, will feature so-called D-step shift in the next two to three years. He also estimates most CVTs sold to Nissan will be CVT7s and CVT8s covering torque ranges from 0.66L to 3.5L.

The technology, based on software logic, debuted in 2013 on the Nissan Altima. It subsequently has been adopted by most Nissan models sold in the U.S. – including the Sentra, Versa, Versa Note, Cube, Pathfinder, Rogue, Juke, Quest and Infiniti QX60 models – and the X-Trail and Qashqai in Japan.

D-step also is available in Europe; the technology is designed “to overcome the smoothness problem of older units which are not liked in particular by European drivers,” Nakano says. A version with new features including active slip control, an 8.7:1 gear ratio range and 3% improved fuel economy is offered in the in the Lanier sedan that went on sale in China in October.

Jatco also supplies the technology to GM Korea for the Spark minicar. The outlook is not clear for other automotive brands. But, Nakano says, “From a drivability point of view, we feel that we’ve caught up to Europe both with respect to both automatic and dual-clutch transmissions.”