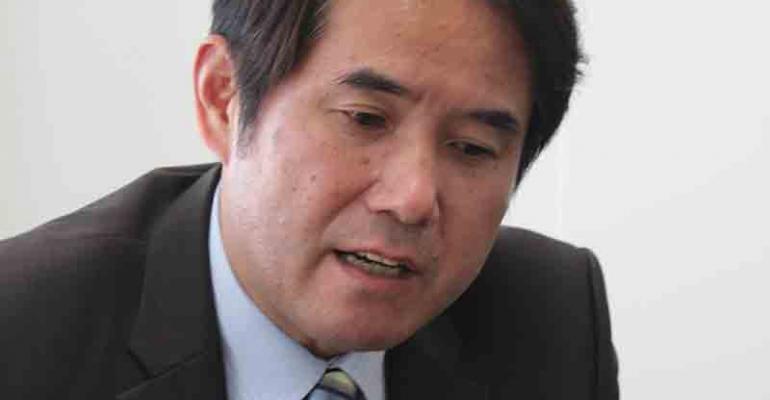 &ldquo;We have a big plant in Mexico which accounts for 30% of our global production. Therefore, if any major changes were to&nbsp;occur with NAFTA, it would have a big impact on our operation. I tend to be optimistic, at least&nbsp;neutral,&rdquo; Teruaki Nakatsuka says.

TOKYO – Jatco President and CEO Teruaki Nakatsuka is bullish about the automotive supplier’s business prospects, although he has dialed back an earlier sales forecast.

Jatco is the world’s leading manufacturer of CVTs, claiming a 37% global market share. Of total transmissions sold, including both automatic and manual types, its share stands at nearly 6%.

In addition to Nissan, the supplier’s main customer and shareholder, JATCO manufactures transmissions for Mitsubishi, Suzuki and FCA North America. Mitsubishi and Suzuki have a combined 25% equity stake in the supplier; Nissan, 75%.

In addition to its manufacturing base in Japan, mostly centered near the city of Fuji, Jatco has plants in Aguascalientes, Mexico; Guangzhou, China; and Chon Buri, Thailand.

Following are excerpts from a WardsAuto interview with Nakatsuka:

A: We sold 5.4 million transmissions in fiscal 2016, 80% of which were CVTs. I think 8.5 million is an aggressive target. There are two ways to grow. One is organically, meaning expanding our current business. If we only grow organically with Nissan, Mitsubishi and Suzuki, 7 million is more likely.

A: We’re not discussing it anymore.

A: We have a good share of Mitsubishi transmissions. If Mitsubishi can grow with Nissan and Renault, that’s good for us.

Q: But you’re still not doing much business with Renault.

A: That’s correct. But Renault is trying to expand its business in China, which gives us an opportunity. In the European market, manual transmissions still dominate. We introduced a ‘D-step’ version of our CVT, which Nissan has adopted for the Qashqai. If Renault wants a CVT, we’re ready to grow with them.

Outside Japan, our major markets are the U.S., China and parts of Southeast Asia. CVTs are not popular in Europe and India.

Q: Jatco is the world’s No.1 manufacturer of CVTs. Are you still committed to the technology, or will you be shifting focus to something else?

A: If you look at the history of our product portfolio, we started with step ATs (stepped automatic transmissions) then moved to CVTs. Today, CVTs account for 80% of our business. We are, as you indicated, the number one manufacturer of CVTs. Our commitment to the technology remains unchanged. I also feel that 80% is too high, and we would like to change that somewhat.

Q: What is the next step?

A: We’re developing next-generation CVTs which we will introduce in the coming years. Generally speaking, we are focusing on improving fuel efficiency and driving performance, and making them lighter and smaller.

Q: Have you set any numerical targets?

A: This is still confidential and linked to the OEMs’ powertrain strategy. But clearly we want to improve fuel efficiency, whether for gasoline or diesel cars. Secondly, we want to have greater flexibility to meet OEM requirements. For instance, if the OEM requires very smooth acceleration, we can do that. If the OEM wants more “steps” (gears), we can do that as well.

Q: So you will move upmarket from Jatco’s current 7-speed automatic? And what is the limit?

Q: What is your crystal ball regarding electric vehicles? It seems to me that many of the forecasts are overly optimistic.

A: At the end of the day it will be the customers who decide which model and which kind of car they want to drive. EVs will come, and the pace will be accelerated. But it won’t happen tomorrow. Cars with internal-combustion engines, including hybrids, will dominate until 2030. Of course, viewpoints vary widely depending on the country or automobile manufacturer.

That said, we are heading to an era of electrification…Going forward, electrification is a new challenge and will require a new business model, new suppliers, new technologies and new partners. We never thought that companies like Apple, Dyson, Google and Uber would become players in the industry.

A: Country by country and OEM by OEM, the pace of growth will differ. Nissan is the most aggressive OEM. We understand that.

Q: China seems to be a game-changer in the area of electric and electrified cars. On the other hand, China keeps moving its targets, more specifically its mandates. What is your view of China in the big scheme of vehicle electrification?

A: China will surely have a big influence. I think China wants to be a leader in EV technology. It is too late (to be a leader) in internal-combustion-engine technology. That is why China is investing so heavily in batteries and EV components.

That said, I am a realist. If we think about the total China market and not just focus on (mega-) cities like Shanghai or Beijing, there is still growth potential for internal-combustion engines.

Q: Should China’s trade partners take a tougher position against the country’s protectionist policies in the vehicle-electrification and battery fields?

A: I don’t think so. I think the auto industry has been doing a good job and that (most) OEMs have developed strong partnerships with Chinese local manufacturers.

Q: So you don’t expect a shift away from conventional powertrains, thus a shrinkage of Jatco’s business?

A: I think whatever mandates China sets for electric cars – 5%, 10%, even 20%  – our base business for CVTs and step ATs will remain solid.

Q: In the run-up to the 2010 launch of the Nissan Leaf electric car, Nissan chairman Carlos Ghosn admitted that the Prius, Toyota’s first gas-electric hybrid, was more efficient in carbon-dioxide emissions than all-electric cars in markets where electricity is produced from petroleum and coal.

A: Ultimately, it is customers who drive electrification. If customers are CO2-sensitive, I think they will take a look at the energy mix of a particular country and (make a decision) from well-to-wheel. In the end, however, it is the customers who decide.

Q: What are your views on 48V mild hybrid and e-axle technologies? Many suppliers including Robert Bosch and Continental Automotive Systems feel 48V is a more affordable, thus a more rational approach to vehicle electrification. And Aisin AW, Jatco’s main transmission competitor in Japan, unveiled e-axle technology at the Tokyo Motor Show in October.

A. 48V is going to be a good bridging technology into full electrification. We are looking at it seriously but haven’t disclosed anything yet. That’s up to the OEMs. But note that 48V is not popular in Japan.

Q: What types of powertrain products do you envision to meet future hybrid and EV product plans of your main customers Nissan, Mitsubishi and Suzuki – Nissan focusing on full-electric cars, Mitsubishi on plug-in hybrids and Suzuki on micro- and mild hybrids?

A: We have already introduced transmissions for hybrid vehicles into which we’ve integrated the electric motor. For EVs and plug-in hybrids, the motor is the principal component and the transmission only plays a role as a reduction gear.

We believe that by adding new functions to the transmission we can provide new value. For example, when a vehicle is going uphill – if the incline is very sharp or if the vehicle is carrying a heavy load or transporting a large number of passengers – it might be possible to make the vehicle go uphill more smoothly by adding transmission functions.

Or perhaps, when a vehicle is running at a high speed, it might be possible to increase its maximum speed even further by adding transmission functions. In ways such as these, we believe that by combining the transmission with the motor, we can provide new value to EVs.

Q: Can you provide any specifics?

A: Nothing I can tell you about yet.

A: We believe that we can provide flexible shift control including seamless, smooth shifting. Additionally, when a vehicle is driving autonomously, we believe that by incorporating sophisticated sensing technology to detect road conditions and oncoming vehicles, CVTs can act as a brain to support autonomous driving.

Q: Switching subjects, Jatco has a major plant in Aguascalientes, Mexico. What is the current situation regarding the Trump Admin.’s NAFTA initiatives, and should Jatco establish production in the U.S. to minimize any potential exposure to U.S. trade sanctions against Mexico?

A: We have a big plant in Mexico which accounts for 30% of our global production. Therefore, if any major changes were to occur with NAFTA, it would have a big impact on our operation. I tend to be optimistic, at least neutral...but if something happens, it will be U.S. customers who will suffer by having to pay more.

Q: What percent of the Mexico operation supplies the U.S.?

A: More than half.

Q: So, 30% of global production is in Mexico. Which country or region comes next?

A: If Nissan and Mitsubishi (ask us) to build a plant.

A: Today, probably not. The volume is not there for our main product, CVTs.

Q: But with the European market apparently de-emphasizing diesels in reaction to the Volkswagen emissions scandal, do you see an opportunity, considering that diesel engines are generally matched with manual and dual-clutch transmissions?

Q: Nissan has divested many of its traditional keiretsu suppliers since Carlos Ghosn arrived in June 1999. Is Jatco a good candidate to be spun off?

Q: Let me rephrase that. Do you feel that the transmission is too much of a core technology for Nissan to spin off?

A: I think so, although I’m not the right person to answer that question because at the end of the day it’s a shareholders’ decision. But if I were Nissan, I would probably keep Jatco...(Apart from transmissions being a core technology), we’re kind of cash cow for the automaker.

Until 2030, probably even 2040, this would be a good technology to keep in-house. It is not so easy to work with a new transmission supplier due to (product) configurations and modifications. It is Nissan’s advantage to have Jatco. It is our advantage, as Jatco, to have such a great OEM customer.

Q: And Jatco’s operating profit levels are higher than Nissan’s?