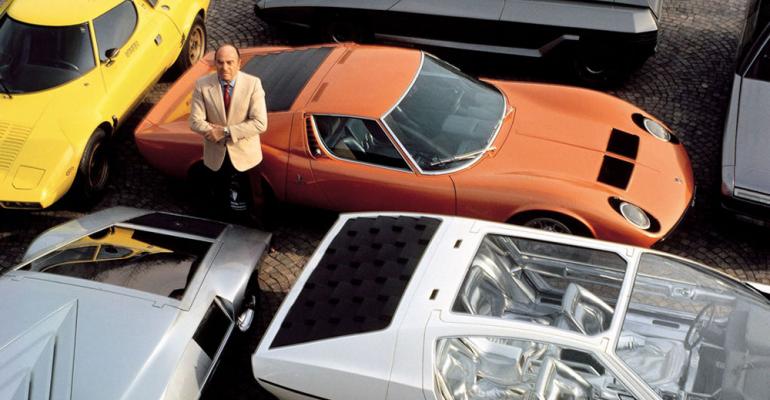 The reaction to the Court decision has been nearly universal, with industry insiders still expressing hope a white knight will emerge to keep the storied operation alive.

TURIN – For months the design world from Turin to Detroit, Tokyo, Paris and beyond has been wondering what was going on at Stile Bertone, the last enclave of the heritage left here by Nuccio Bertone, son of founder Giovanni Bertone.

News finally emerged last week the Italian design house was declared officially bankrupt June 4 and is up for sale – in whole or piecemeal.

The decision came after the company failed to present a credible plan or a buyer that would justify keeping Stile Bertone alive in the interest of its many debtors, despite a more than 6-month effort to do so.

According to well-placed sources, Stile Bertone has accumulated some €31 million ($42 million) in debt in less than five years, despite an increasing workload that generated sales of some €14.5 million ($19.7 million) in 2010, according to the last official financial statement made public.

The reaction to the Court decision has been nearly universal, with industry insiders still expressing hope a white knight will emerge to keep the storied operation alive.

The price to pay would not be high, because there isn’t much left to sell. Bertone’s car collection can be sold only as a complete collection and must stay that way because it is classified as an “historic national heritage” in Italy. Other than that there’s the land and buildings and what is left of the business, itself, if anything.

Even the Bertone brand is not among the company’s assets, because Stile Bertone’s rights to the famous name and logo expires at the end of the year and any desire to continue its use would have to be renegotiated with owner Bertone Cento, controlled equally by Ermelinda Cortese (Lilli Bertone) and Bertone CEO Marco Fillippa.

Bertone Cento recently licensed all rights to the Bertone name and logo for use on anything other than automobiles to a newly established company, Bertone Design, based in Milan.

The ideal Stile Bertone buyer would be another company already involved in automotive design and engineering or a global automaker that could funnel an adequate amount of development work to the Turin-based design firm.

Volkswagen’s successful experience in acquiring Italdesign could serve as encouragement to another German or Chinese automaker, although that appears to be an extreme long shot. Under VW, Italdesign has experienced growth and taken on even more ambitious design programs.

Among automakers that have commissioned Stile Bertone more recently are BMW and China-based BAIC, FAW, JMC and Chery. Some of those clients already have moved over to Bertone Design in Milano, however.

Early this year, there were (and still are) at least a dozen companies associated with Bertone (or with Bertone stakeholders or executives involved) registered in Italy, Switzerland, Luxembourg, China and the U.S. The maze is so complex and confusing it makes it nearly impossible to sort out what went wrong at the design house during the past few years. Off the record, many employees tell of horror stories and business-related disasters during their time with the firm.

Michael Robinson, the last design director for Bertone, no longer wants to talk about the company. “Having turned the page, I can't afford to be dragged into this Valley of Tears,” he says in a text message responding to a request for comment. “The real perpetrators should be hung on a tree.”