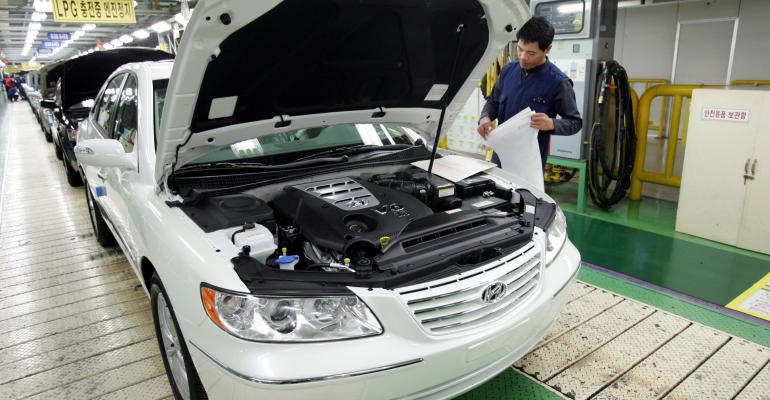 Voting is under way on the new proposed contract that is only slightly more lucrative than the one workers rejected overwhelmingly in August.

While only wage matters have been released, the new tentative deal seems only mildly different from the first agreement struck Aug. 24 and was rejected by a staggering 78% of the workers who cast ratification votes.

The new deal calls for the same bonuses as the August agreement, with no change in the special bonus equal to 3.5 months’ pay or in the 3.3 million won ($3,000) incentive bonus. It also calls for all workers to receive 10 shares of common stock, a provision unchanged from the August deal.

Both the union and Hyundai management were under pressure to sign an agreement. Talks resumed Wednesday but the union declared that unless a deal was reached that day it would again launch partial strikes that have had a severe impact on Hyundai production. Government officials contend the strikes have dragged down Korea’s exports and impeded its economic recovery.

Korea’s labor minister had threatened to issue a back-to-work order if talks broke off again.

The automaker says the strikes caused “substantial impact, not only to the company, but to regional and national economies.”

According to a government report, the 24 days of partial strikes and one full-day strike cut production by at least 142,000 vehicles since mid-July. The vehicles were valued at 3.1 billion won ($2.8 million).