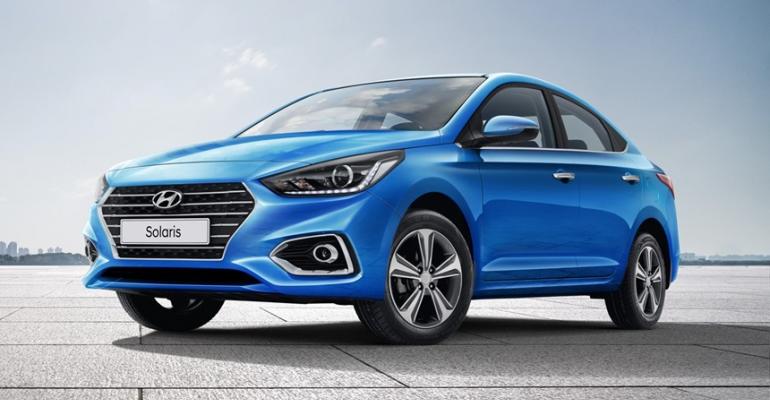 The Solaris&#39;&nbsp;launch, combined with the Sonata&rsquo;s return and more active promotion of the Creta CUV, should result in sales growth of 10%-12%, Hyundai says.&nbsp;

Production this year will not exceed 55,000 units but eventually will range between 100,000 and 110,000, according to Hyundai Motor CIS, the Korean automaker’s Russian subsidiary.

Hyundai will sell the Solaris along with the Sonata sedan, which is returning to the Russian market after an absence of several years. The Solara’s launch, combined with the Sonata’s return and more active promotion of the Creta CUV, should result in sales growth of 10%-12%, Hyundai says.

Solaris sales in 2016 totaled 90,400 units and could grow this year if the Russian economy continues its recovery, the company says. Hyundai is backing up that optimism by expanding its dealer network to up to 175 facilities.

Hyundai says it has no plans to build a hatchback version of the Creta. Alex Kalitsov, executive director-Hyundai Motor CIS, says the automaker instead will focus on production of the standard Creta, Russia’s best-selling CUV.

The company also is targeting both the luxury and light-commercial segments by launching the Genesis G80 and HD78, respectively. The latter model is part of Hyundai’s deeper push into Russia’s LCV market, in which it is investing $1.8 billion through 2020.