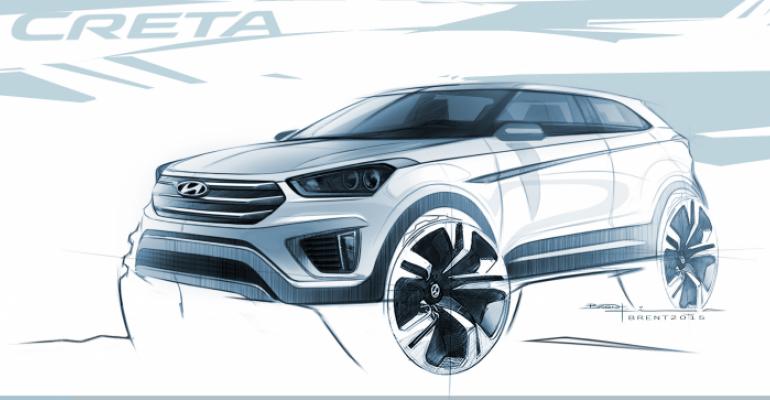 Despite the difficult market conditions, Hyundai Russia&rsquo;s plant has been operating five days a week on three shifts, without any production interruption or staff cuts.

ST. PETERSBURG – Hyundai plans to pour $100 million into its Russian plant here as part of a capacity expansion targeted for 2016.

Most of the money will go toward an expansion of the St. Petersburg plant’s stamping shop,  storage space and other infrastructure improvements.

The planned investment also will allow the automaker to complete preparations for launch of the Hyundai Creta compact CUV, as well as a new-generation Solaris, which remains popular in Russia. Both are scheduled to roll out in September-October of 2016 and are considered keys to Hyundai’s market expansion in Russia.

The Korean automaker has been producing its cars in Russia since 2010, and to date output has topped 1 million units. In total, Hyundai has spent about $600 million on its St. Petersburg factory.

Through September, Hyundai sold 119,385 cars in Russia, down 10.1% from like-2014, according to the Association of European Businesses.

Despite the difficult market conditions, Hyundai Russia’s plant has been operating five days a week on three shifts, without any production interruption or staff cuts.

This year, Hyundai Russia is expected to build 228,000 cars, 3.8% less than in 2014. In addition to St. Petersburg, Hyundai vehicles also are produced by Russia’s Avtotor under a contract assembly scheme in Kaliningrad.

The Kaliningrad operation just recently launched production of the fifth-generation Elantra. Initial output is semi-knocked-down, but there’s a possibility of increasing localization.

Hyundai and sister brand Kia are outperforming the market, according to analysts at the Russian Ministry of Industry and Trade, mainly due to decisions to hold down price increases for their cars. Hyundai has increased its share of the market by 2.5 points to 10% so far this year, while Kia has gained 2.3 points, also to 10%, over like-2014.

Local content for both Hyundai and Kia vehicles in Russia is estimated at 46%, higher than the industry average.