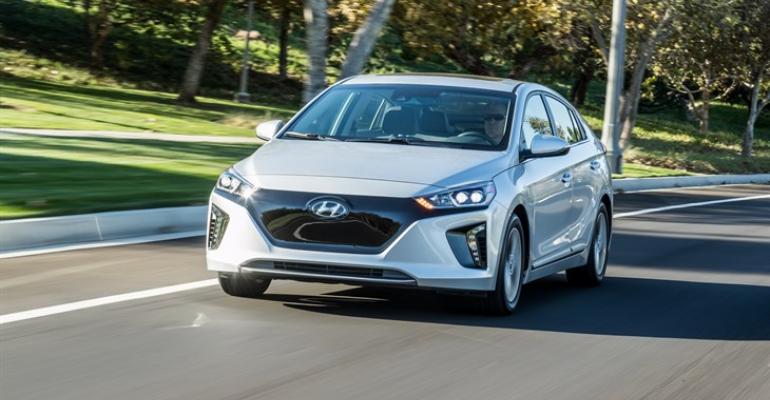 “Yeah, it’s a lease, but once you get into it you are done,” Zuchowski tells WardsAuto after detailing the plan, as well as Hyundai’s ambitious future mobility-services strategy, at the auto show here.

Lease plans often permit zero-money-down options, as well as the opportunity to roll purchase fees such as registration into a fixed-payment plan, just as Ioniq Unlimited offers. But the Hyundai plan also pays for fuel by reimbursing owners for charging costs on the zero-emissions battery-electric vehicle and covers scheduled maintenance for the length of the 24- or 36-month term.

Ioniq Unlimited also removes a portion of the cost barrier confronting BEV ownership, and fits the overwhelmingly dominant leasing pattern for the cars.

“We know they are going to be leasing the car, (and) we know it is going to be very expensive, so how do we differentiate it,” Zuchowski says.

Ioniq Unlimited will be available in Los Angeles early next year and spread to other California markets later in 2017. Customers will perform nearly the entire buying process online before picking up exactly the Ioniq model they want at the dealership.

There is no haggling, either, Hyundai says, buyers simply sign a few additional forms and drive away. It’s that sort of convenience, pricing transparency and online experience Millennial consumers demand, Zuchowski says.

“We’re starting small but I can see this expanding, because the customer is changing,” he says. “Millennials will be the No.1 purchasers of vehicles in 2017. They are twice as likely to consider alternative vehicles (and) they shop like no generation preceding them.

“They make their purchase decisions upstream. We have to change, too. This is a little experiment to find the key to the future retail experience.”

Hyundai has not released pricing for Ioniq Unlimited but Zuchowski says it will be “market competitive.”

The 3-model Ioniq lineup arriving at U.S. dealers also includes a hybrid and plug-in hybrid option. It is seen by industry insiders as the strongest challenge yet against the Toyota Prius lineup.