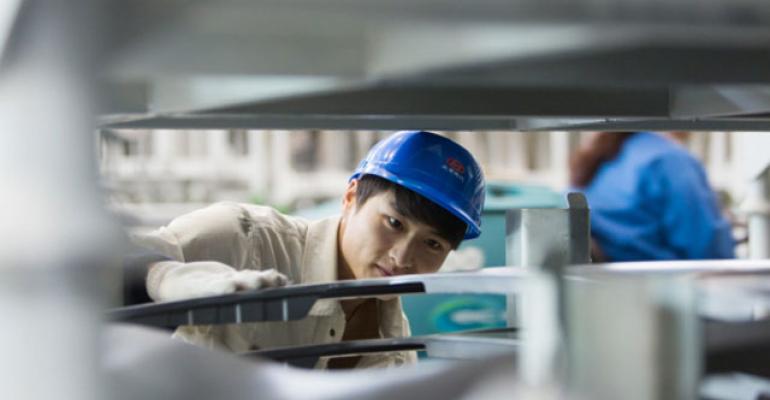 New CEOs of Hyundai&rsquo;s and Kia&rsquo;s Chinese joint ventures take over two operations that missed their sales targets each of the year&rsquo;s first six months.

Hyundai Motor Chairman Chung Mong-koo shuffles the top leadership of the automaker’s China operations, putting a former U.S.-based executive in charge of one of Hyundai’s joint ventures in the world’s biggest car market.

Tan Tao Hung, a Chinese of Korean descent, is put in charge of strategy for both the Hyundai and Kia JVs.

The moves come as Hyundai and Kia lose ground in China.

Missing their sales targets every month of first-half 2015 and pressured by locally built CUVs, whose sales grew at twice the rate of all CUV deliveries in the country in the period, the Korean automakers lowered the prices of some of their utility vehicles.

Put in Hyundai’s China hot seat by Chung is Lee, 56, who served most recently as managing director and president of Shandong Hyundai Wia, one of Hyundai Motor Group’s key parts producers and suppliers in China. The JV services both Hyundai and Kia’s China operations as well as non-affiliated automakers in the Shanghai area. Its three plants manufacture engine castings among other components.

Lee was chief executive coordinator at Hyundai Motor America from 2012 to 2014. Before that served as Hyundai Motor’s overseas marketing director after holding a similar position at Kia. At Beijing Hyundai he replaces Kim Tae-yun, who has been given an advisory position.

At Dongfeng Yueda Kia, Gyun replaces Nam-Young So after a 10-year stint with Hyundai Motor Group, first as a director and eventually executive vice president in charge of corporate strategy. Kim, 53, holds a Ph.D. in economics from Seoul University.

Lee and Gyun face intense pressure to address production efficiency, costs, sales, marketing and aftersales operations. But analysts say the most significant top-echelon change may involve Tan, who will oversee strategy for both the Hyundai and Kia JVs and report directly to Chung.

Tan served most recently as vice president-sales of Sichuan Hyundai Motor, a commercial-vehicle JV established in 2013 between Hyundai and Sichuan Nanjing Automotive Group, China’s 13th-biggest automotive company in assets and sales. The plant in Sichuan province produces engines and auto parts in addition to CVs.

Many analysts view Tan as a brilliant strategist whose acumen and familiarity with China’s culture and industry helped both the Hyundai and Kia JVs succeed in a relatively short timeframe despite their recent sales struggles – in which they aren’t alone.

While many global automakers have set up Chinese operations to avoid stiff tariffs on imports and qualify for various government benefits, only three managed to post double-digit sales increases in first-half 2015 – Toyota and low-volume Mazda and Cadillac.

The shift in China stems in part from local automakers designing, engineering, developing and producing their own vehicles independent of their foreign JV partners. Non-partnered Chinese automakers also have learned, by copying or other means, how to make cars that can take on the JV products.

Consumers, meanwhile, are putting off purchases of both locally built and global JV produts, many of them waiting out the country’s current economic slide and looking for reassurance the Chinese vehicles meet their quality expectations.

The market has not responded well to price cutting by Hyundai, Kia and other global producers. Instead, consumers view the cuts as evidence foreign brands are overpriced. Meanwhile, the increasingly competitive local automakers enjoy a price advantage of 30% or more over JV and import products.