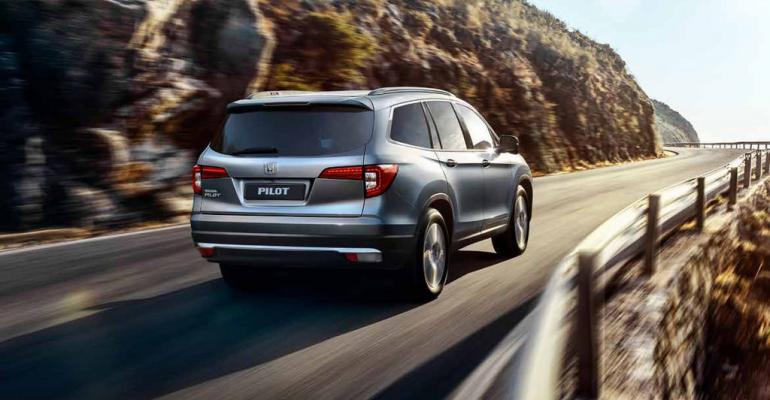 Honda says it will make expansion of its utility-vehicle range a priority, although its resumption of Accord and Civic sales reflects an intention to increase car sales as well.

ST. PETERSBURG – Honda follows several other foreign automakers reviving or expanding their product lineups in Russia by resuming sales of its Accord and Civic models.

The Japanese automaker suspended sales of the sedans and other models several years ago, shortly after the onset of Russia’s economic crisis, and saw deliveries decline almost 80%.

Currently, Honda sells three CUVs in Russia: the new- and previous-generation CR-V and the larger Pilot. The automaker says it will make expansion of its utility-vehicle range a priority, although it also expects to increase car sales in coming years.

Honda may field a premium CUV from its Acura luxury brand in the belief it can compete with similar products from Infiniti and Lexus. Much will depend on Honda’s marketing efforts, as the Acura brand is significantly less-known than Lexus among Russian customers.

Honda sold 479 units in Russia from January through June, down 33.4% from 719 a year earlier, according to WardsAuto data. The country’s total light-vehicle sales increased 6.9% in the period.

In 2015, Honda stopped working with importers in favor of having dealers place orders directly. The automaker says that has reduced dealers’ risks and improved security in an unstable economic situation, citing fluctuations in the foreign-exchange market and their impact on the Russian ruble.

Other foreign automakers becoming more active in the Russian market include General Motors, which is expanding its network of Cadillac dealers; Volkswagen affiliate Skoda, which is stepping up marketing of its new-generation Octavia hatchchback/station wagon and in June launched sales of the Kodiaq 7-seat CUV; and Volvo, which plans to add 11 dealerships in Russia and neighboring Kazakhstan this year.