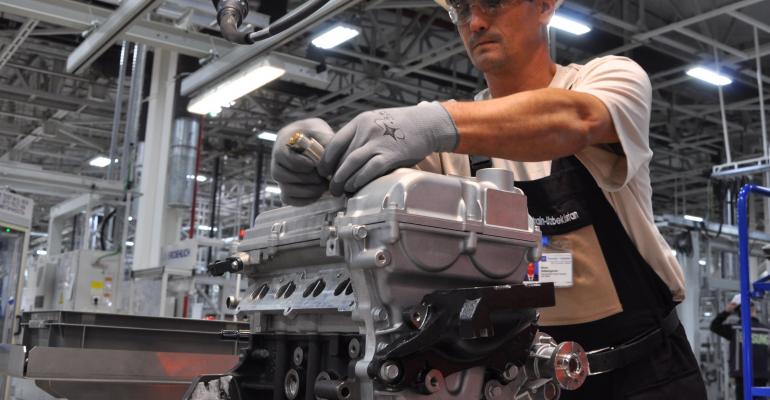 General Motors’ Asaka plant employs about 8,000 workers and has capacity to produce about 250,000 vehicles a year. In addition to the Tracker, GM plans to launch a new generation of the Cobalt, perhaps by the end of this year.

GM Uzbekistan, a joint venture of General Motors with local auto companies in Uzbekistan – a doubly landlocked sovereign state in Central Asia – announces its intention to produce the Chevrolet Tracker model this year, the company says.

The new model will be assembled on a semi-knocked down basis at facilities in the city of Tashkent, while next year full-scale series assembly will be launched at the Asaka automobile plant, according to an official representative of Uzavtosanoat, an Uzbek auto producer and a partner of GM.

Planned production volumes have not been revealed but will depend on market demand for the new utility vehicle. Financial details of the project are not disclosed.

Uzbek automakers tested the Chevrolet Tracker in 2016 in difficult conditions. The SUV made its way to the Aral Sea and back to the plant, traveling thousands of kilometers through deserts and mountainous terrain in scorching heat. The new Tracker is planned to be equipped with a 1.8L 4-cyl. engine rated at 140 hp.

Production at the Asaka plant will include stamping, welding, painting and final assembly. Localization will exceed 50%.

Inside Uzbekistan, GM vehicles are marketed under the Chevrolet brand, but in foreign markets they are sold under the Ravon brand.

GM’s Asaka plant currently employs about 8,000 workers. Measuring 178 acres (72 ha), the plant has capacity to produce about 250,000 vehicles a year. In addition to the Tracker, GM plans to launch a new generation of the Cobalt, perhaps by the end of this year.

According to data of the Uzbek State Statistics Service (Goskomstat), last year total production of GM Uzbekistan grew more than 50% to 135,471 vehicles, relative to 2016. Nexia accounted for most of the production, with 34,000 units.

According to some automotive analysts, GM has high hopes for its Uzbek business, which could help grow its presence in the promising markets of the Middle East and Africa.