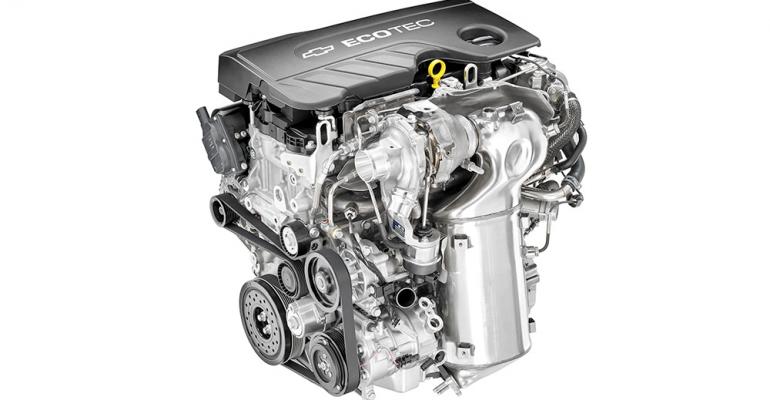 DETROIT – General Motors brings to market in the U.S. what the automaker considers its latest and greatest small diesel in the Chevrolet Cruze, an engine born from technical know-how within an Adam Opel engineering group that soon could be bought by European rival PSA Peugeot Citroen.

But Dan Nicholson, vice president-GM Propulsion Systems, suggests a multi billion-dollar sale of Opel to PSA would not drain the automaker’s expertise in diesels, which it considers a key technology play toward meeting stricter fuel-economy and carbon-dioxide emissions rules in the U.S.

“We have global engineering and manufacturing expertise to bring this product to market,” Nicholson tells WardsAuto on the sidelines of a media briefing here about the 1.6L turbodiesel arriving at Chevy dealers in the coming weeks.

A long-term diesel play also is a key piece in winning new customers to Chevy, a brand GM has invested in heavily to rebuild in recent years with an infusion of new product and outside-the-box marketing. The timing could not be better, either, with thousands of Volkswagen diesel owners without a fresh option in the segment since the German automaker quit the technology in favor of electrification after its emissions-cheating scandal.

Nicholson declines to elaborate further on the impact an Opel divestiture would have on his propulsion group, but reiterates GM’s commitment to the technology by bringing 10 diesel products to market by 2018. The automaker currently offers five diesel options, ranging from the 52-mpg (4.5 L/100 km) ’17 Chevy Cruze compact car to the stump-pulling 6.6L V-8 bear inside its heavy-duty pickups.

“We are making a commitment to diesels in the U.S.,” he says at the briefing, calling it the best path to offering over-the-top fuel economy and torque-rich driving dynamics.

GM offers 34 models globally and sold 750,000 vehicles outfitted with the technology last year. VW’s shift away from diesel also is global, opening an even larger door for GM if it can stay on its game in the segment. While GM and PSA Group have confirmed talks over Opel, neither side has guaranteed a transaction. GM’s diesel work in Europe is not isolated to Opel, either. A center of expertise is located in Turin, Italy.

GM considers the Chevy diesel its crowning achievement among small-displacement diesels. It has been on sale in Europe for more than a year. The automotive press there nicknamed it the Flüsterdiesel, or Whisper Diesel, for its quietness and refinement. It also will see availability stateside in the ’18 Chevy Equinox and GMC Terrain due out later this year. 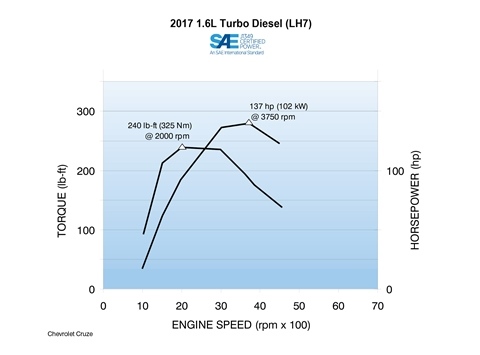 “You can leave Detroit and go to (Kentucky) and back on a tank of fuel,” says Mike Siegrist, assistant chief engineer-Ecotec 1.6L Turbodiesel. “Short story: great fuel economy and range.”

Nicholson has greater expectations for the 1.6L turbodiesel than GM’s most previous small-car diesel, a 2.0L turbodiesel in the previous-generation Cruze.

The automaker sold 12,554 Cruze diesels for 1.2% of the nameplate’s engine mix during its availability between May 2013 and January 2016. At one point, GM planners thought the mix could reach 10%, which seemed plausible given the technology appeared in 25% of VWs sold in the U.S. during the same period.

But now VW is out of the game and Nicholson notes the recently launched Chevy Colorado and GMC Canyon midsize pickups boast a 9% take rate. The LV mix of diesel was 3.3% in the ’16 model year.

“If we hit that number on the Cruze, we would be delighted,” he says. “We would be happy with a number less than that, too. But we have to test the market.”

The 1.6L turbodiesel is built at a GM facility in Szentgotthard, Hungary, which supplies gasoline and diesel engines for products built and sold around the world.