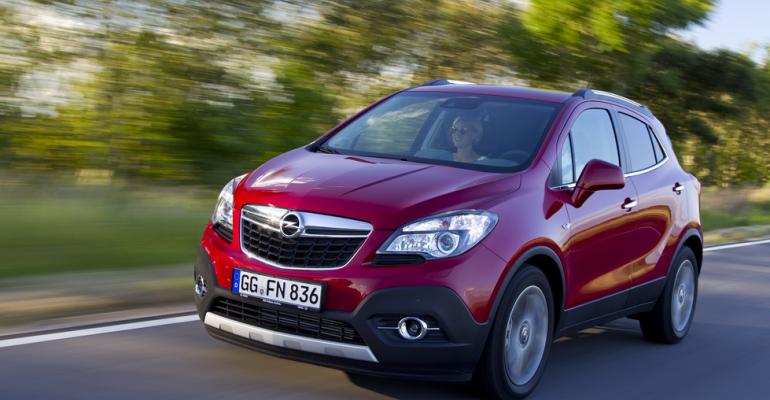 A government spokesman says besides Opel, GM will add assemblies of premium brands including Cadillac at its Belarusian JV by September. The new models will be sold in Belarus, Russia and possibly other Eastern European states.

ST. PETERSBURG – General Motors will transfer part of its Russian production capacity to neighboring Belarus, where it also will launch Cadillac production, a spokesman for the government of the Eastern European country says.

GM earlier this month launched assembly of the Opel Mokka CUV from semi-knocked down kits at its Unison joint venture in Belarus, a former Soviet Union republic located between Russia and Poland. The automaker in March announced it was terminating sales of Opel cars and most of its Chevrolet models in Russia and was phasing out production in the country.

Sergei Shalai, a spokesman for the Belarus Ministry of Industry, says in addition to Opel, GM will add assemblies of premium brands including Cadillac at the Unison JV by September. Shalai does not disclose production volumes but says the new models will be sold in Belarus, Russia and possibly other Eastern European states.

Cadillac spokesman David Caldwell in Detroit confirms the transition to Unison, citing a previous decision by GM to cease production in Russia due to the economic climate and flagging vehicle sales.

The automaker had said in March it would continue importing Cadillac products into Russia, as well as the U.S.-built Chevrolet Corvette, Camaro and Tahoe.

Cars produced in Belarus can be imported into Russia duty-free under terms of the Eurasian Customs Union, formed by Russia, Belarus and Kazakhstan, The Moscow Times reported last month.

GM in February suspended production at its Avtotor plant in Kaliningrad and is shutting down its St. Petersburg operations. Mokka units are being assembled in Belarus from Korea-made semi-knocked-down kits originally earmarked for the Avtovor facility.

The Mokka is the most popular Opel model in Russia, where the 22,800 units sold last year accounted for about 30% of the brand’s total sales in the country. Belarus’s agreement with GM calls for the automaker to set production capacity at 20,000 to 25,000 units per year, the Manufacturing.net website quoted Prime Minister Mikhail Myasnikovich as saying last September.

GM anticipates significantly lower production expenses in Belarus than in Russia, due to less-costly labor and tax incentives for foreign companies. The automaker also hopes to maintain its sales in Russia, which have plummeted alongside the industry as a whole during the economic crisis that dates back to early 2014.

The Association of European Businesses Automobile Manufacturers Committee says Russian auto sales in May fell 37.6% from prior-year to 125,801 units, leaving the year-to-date total down 37.7% at 641,933.  The Chevrolet brand roughly mirrored GM’s overall result, falling 62% in May and 69% on the year.

– with James M. Amend in Detroit