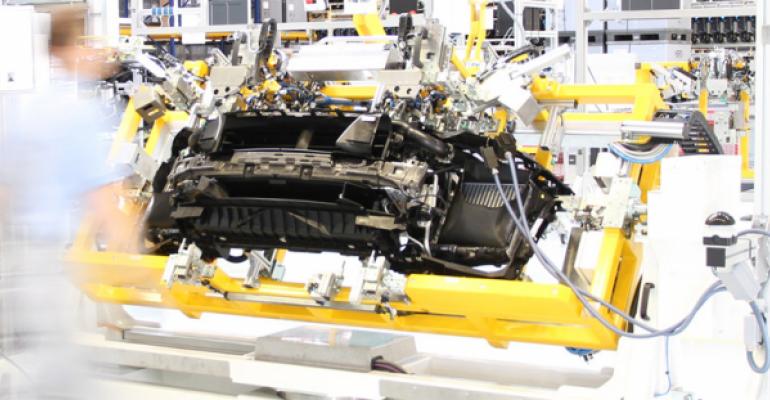 HBPO, a supplier of modular front-end systems, announces plans to open two plants in Mexico and the development of new products.

Production of front-end modules for FCA’s Chrysler Pacifica minivan began last year at an HBPO plant in Windsor, ON, Canada, and a third shift recently was added at an HBPO plant opened last year in San Jose Chiapa, Mexico, to support nearby Audi Q5 assembly operations.

“By sourcing front-end modules from HBPO, a car maker can eliminate five or more work stations and up to 100 or more operations on its final-assembly line,” Sprenger says.

In addition to assembling complex front-end modules, HBPO added production of a center console in North America in 2016 and will begin molding an active grille shutter for a major automaker in North America next year.

The supplier also is developing front-end modules designed to reduce weight and lower costs for several electric vehicles. It expects to produce its first EV front-end module later this year. HBPO recently was awarded a contract to design, develop and produce a complex cockpit-module for a European automaker that will go into production in Germany in 2019.

HBPO North America this year expects to build nearly 1.4 million complex front-end modules accounting for more than 20% of its global front-end module-production. The company plans a major expansion of its plastic-molding operations to support a new product line in 2018.

Founded in 1999 as a partnership between automotive suppliers Hella and Behr (now Mahle), the company’s name was changed to HBPO when Plastic Omnium joined the partnership in 2004. It has more than 2,000 employees worldwide producing more than 5.3 million front-end modules a year.