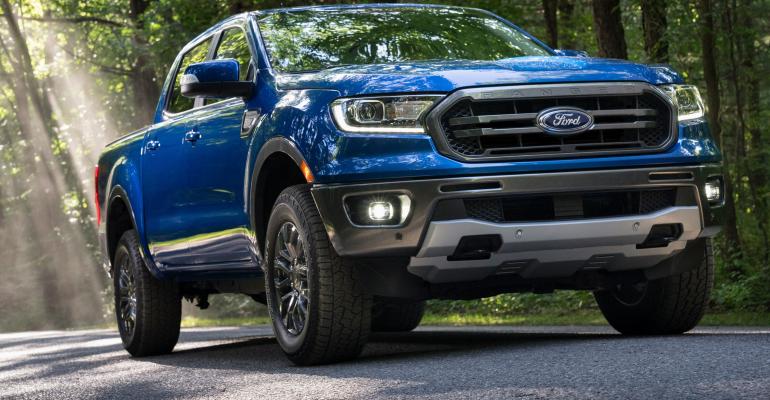 Midsize pickup to be built by Ford, sold by Volkswagen based on Ford Ranger platform.
Industry

The automakers say they expect to build as many as 8 million of the three vehicles combined over their lifespans.

Ford and Volkswagen shed a bit more light on their collaboration to develop a midsize pickup and two commercial vehicles. The automakers also will work with Argo AI to independently develop autonomous vehicles based on the startup’s AV technology.

The alliance, which will not involve cross-ownership, will produce a midsize pickup truck engineered and built by Ford and sold by Volkswagen as the Amarok starting in 2022 within VW’s commercial-vehicles lineup. The pickup will be based on the Ford Ranger platform.

Ford and VW also will strengthen their respective CV businesses as early as 2021 with a city delivery van based on the latest Caddy model (below, left), developed and built by Volkswagen Commercial Vehicles, and later a 1-ton cargo van created by Ford.

The automakers say in a joint statement Wednesday they expect to build as many as 8 million of the three vehicles combined over their lifespans.

Ford’s use of MEB architecture in Europe will advance VW’s electric-vehicle strategy and help both companies fulfill their commitments to the Paris 2015 Agreement addressing mitigation of climate change, the release says.

Ford and VW first announced plans for the agreements in July 2019. 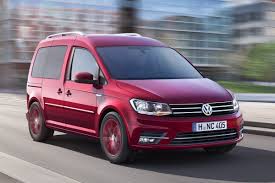 “In light of the COVID-19 pandemic and its impacts on the global economy, more than ever it is vital to set up resilient alliances between strong companies,” Volkswagen Group CEO Herbert Diess says. “This collaboration will efficiently drive down development costs, allowing broader global distribution of electric and commercial vehicles, and enhance the positions of both companies.”

Adds Jim Farley, Ford chief operating officer: “Commercial vehicles are fundamental to Ford today and an area where we will accelerate and grow, and working with Volkswagen on these platforms will provide both of us significant financial advantages in things like engineering, and plants and tooling.”

VW last week closed its previously announced investment in Argo AI, in which Ford already had ownership and development interests. The companies reportedly have invested a combined $7 billion in the Pittsburgh-based autonomous-vehicle startup, with each planning to independently integrate Argo’s AV technology into their own vehicles in the U.S. and Europe.

The automakers say their investments in Argo demonstrate how alliances can help enable development of breakthrough technologies that require substantial time and resources.