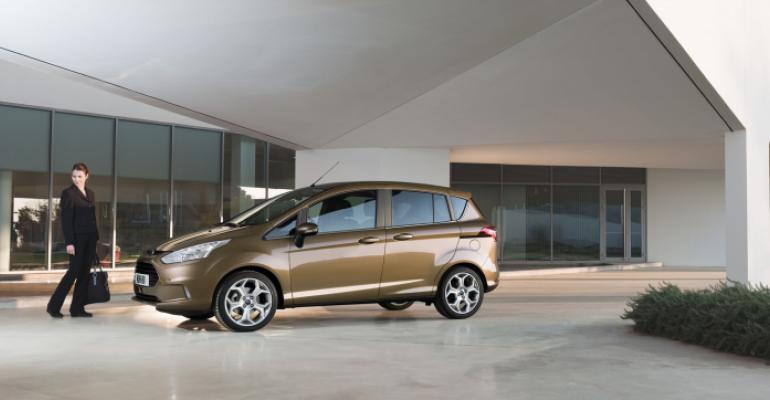 Besides the U.K. and Germany, parts made by the Ford Sollers Russian joint venture will be exported to Ford&rsquo;s Romanian plant, which produces B-Max compact vans and plans to begin building EcoSport compact CUVs about a year from now. &nbsp;

ST. PETERSBURG – Ford plans to triple its shipments of automotive components from Russia to its European plants during the next three years.

According to Hau Thai-Tang, vice president-procurement for Ford, the number of Russian parts makers supplying European Union automakers will increase from the current three to between 15 and 20 by 2019. Sources familiar with Ford’s plans say in value terms exports could increase by a factor of 10 overall.

Ford Sollers, the U.S. automaker’s joint venture in Russia, already exports alloy wheels, brackets and spark plugs from Russia to the EU, which are supplied to the automaker’s assembly plant in Germany and its U.K. engine-building factory.

Exports will be significantly expanded by the end of the current year, with particular attention be paid to interior elements, extrusions, glass and seals, says a Ford Sollers spokesman.

In addition to the U.K. and Germany, supplies will be exported to Ford’s Romanian plant, which specializes in production of  B-Max multipurpose vehicles and plans to begin building EcoSport compact CUVs about a year from now.

The automaker has big hopes for the Romania-built EcoSport, which currently is manufactured in India, in the EU market. The company says 40,000 units were sold in the region last year and that figure could grow this year.

Ford also operates an assembly plant in Spain, but the company considers supplying Russia-built auto parts to Spain unprofitable because of logistics.

Ford Sollers also produces engines in Tatarstan, located 400 miles (640 km) east of Moscow, which are used in its Russian-made cars. The company has not ruled out the possibility of exporting engines built there.

Ford typically ranks about 10th in monthly light-vehicle sales in Russia. Although August deliveries were down 24.2%, Ford sales through the year’s first seven months were up 26.2%, according to WardsAuto data.