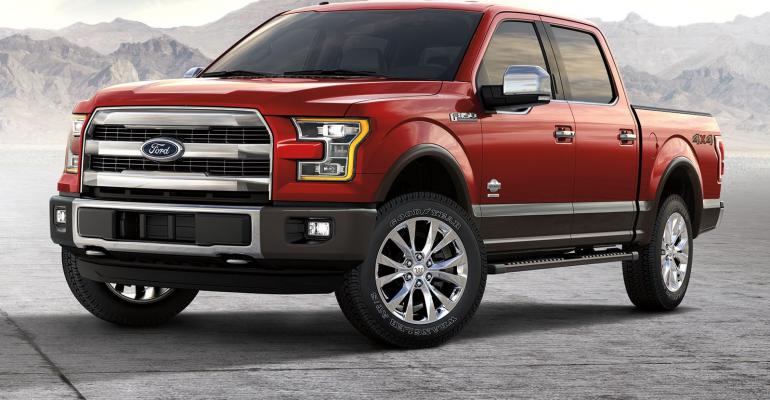 Ford’s December and 2016 overall sales – trucks and utilities up and cars plummeting – punctuate the automaker’s announcement this week to cancel a $1.6 billion investment in a small-car production plant in Mexico as the industry continues to move away from cars.

Ford car sales dropped 8.4% on a daily basis in December compared with year-ago levels while light trucks increased by a similar margin, WardsAuto data shows. For the year, Ford car volume was off 13% while light trucks grew 5.6%. Overall, the automaker recorded a 4.1% daily-sales increase in December and a slight 0.2% volume decline for the year to 2,542,319 vehicles. December had 27 selling days, one less than year-ago.

Ford chief economist Emily Kolinski Morris projects a flat industry for 2017, with sales topping out at 17.7 million vehicles, off just a tick from the 2016 total estimated at 17.8 million. Factors pointing to a steady industry in 2017 include relatively low interest rates and fuel prices, strong consumer sentiments and the aging vehicle population.

Mark LaNeve, vice president-U.S. marketing, sales and service, says the car segment continued to slide at the rate of about two percentage points per year seen since 2010 – 2.5 points in 2016 – and Ford expects a similar but moderating trend in the coming five years.

That bodes well, LaNeve notes, because the Dearborn automaker is flush with trucks and utility vehicles, while its car volume is shrinking. Inventory levels reflect that trend as car volume in December was 156,000 compared with 195,000 a year ago and truck inventory was steady at 304,000, but utility-vehicle inventory was up 13,000 to 187,000. Overall, the company reports a 70-day supply of vehicles, down from 83 days in November and 73 days a year ago.

The automaker this week canceled building a new small-car plant in Mexico and instead announced plans to invest in developing and producing electrified and autonomous vehicles at its Flat Rock, MI, plant.

Among the vehicles slated for a hybrid powertrain by 2020 is the popular F-150 pickup, which remains the top-selling vehicle in Ford’s lineup for the 40th year in a row and America’s best-selling vehicle overall for the 35th year, LaNeve notes.

The Ford brand finished the year as America’s best seller on sales of 2,430,595 vehicles, a 0.7% decline from 2015. The Ford brand total topped Chevrolet (2.096 million) and Toyota (2.067 million). After the F-Series, Escape, Fusion and Focus were Ford’s highest-volume nameplates, but only the Escape posted an increase (+0.2%) for the year.