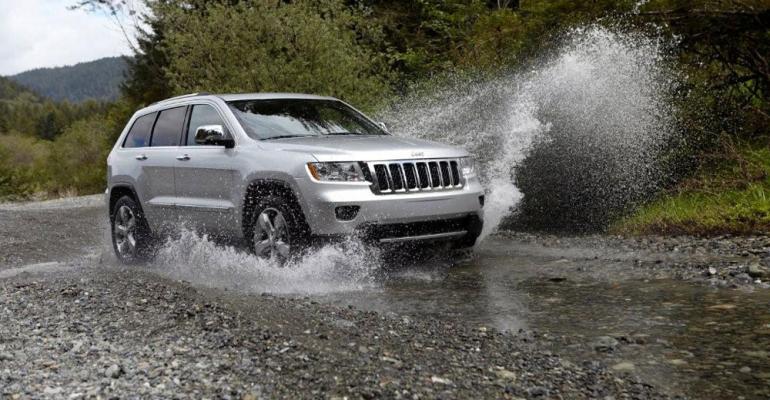 Fiat/Chrysler May Be Step Closer to Jeep Output in Russia

The auto maker, which had been planning a greenfield assembly plant, now is eyeing production of 60,000 vehicles at a TagAZ plant in Taganrog.

If the auto maker follows through on the proposal, it would mark its first project here and culminate a nearly 2-year effort to establish a beachhead in Russia.

The TagAZ tie-up also would put an end to discussions about building a $1.1 billion greenfield plant in St. Petersburg as part of a joint venture with Russia’s largest bank, Sberbank, that’s been under study since early 2012.

Sberbank still would be a key investor in the new project, which the bank sees as a way to help prop up TagAZ. The Russian assembler filed for bankruptcy last year under $800 million in debt, and Sberbank is one of its largest creditors.

Financial details of the potential Fiat/Chrysler-TagAZ project have not been disclosed, but sources close to the company indicate a considerably lower investment, probably in the range of $100 million-$120 million.

Initial production likely would include the Jeep Cherokee and Grand Cherokee, with other models expected to be added later. Job One is eyed at a TagAZ plant here for sometime in 2013.

Fiat had been looking to establish a production base in Russia with the company Sollers, which assembled several Fiat vehicles. The cooperation was terminated in 2011 when Sollers and Ford agreed to establish a joint venture.

Fiat subsequently signed a pact with the Russian Ministry of Economy in summer 2011 calling for the auto maker to launch production of 120,000 cars per year and build a local engine plant under Russia’s New Decree 166 requirements that provide favorable tariff rates in exchange for capacity investment.

The original planned JV with Sberbank was expected to fulfill that commitment.

Now Fiat/Chrysler is eyeing output of about 60,000 Jeep vehicles in Russia, the majority being the Grand Cherokee model, which currently accounts for nearly 85% of Jeep sales in the country.

That would put the auto maker short of its 120,000-unit target. But the Russian government and Sberbank long have been in search of a production partner for TagAZ, so it is likely Fiat/Chrysler would be able to restructure its deal with the Ministry of Economy.

Medium- or long-term Jeep production at TagAZ could reach up to 150,000 vehicles annually, if Fiat/Chrysler is correct in forecasting Russia as one of the emerging markets with the most growth potential for its Jeep brand.

Sources close to Fiat/Chrysler say the auto maker currently is completing atechnical analysis of the project and the TagAZ plant.

The Russian government already has expressed support for the project. Deputy Minister of Industry and Trade Alexey Rakhmanov says Moscow will back any investor that will utilize capacity at TagAZ and commit to the proper level of local content.