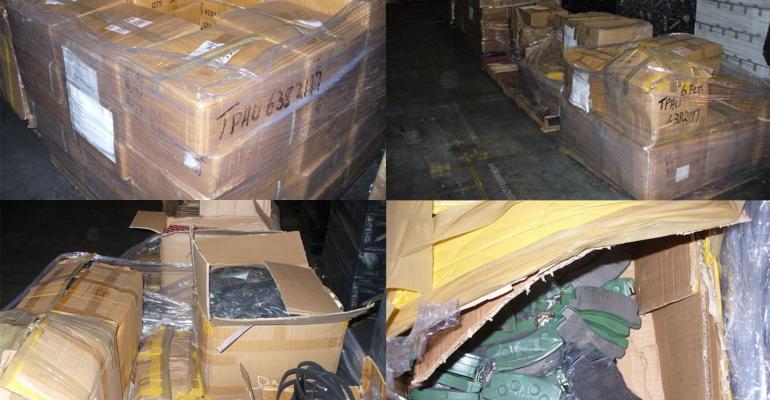 <p><strong>Second overseas raid in as many years keeps bogus parts out of Australia. </strong></p>
Industry

The raid on a warehouse and distribution center in Abu Dhabi, the United Arab Emirates&rsquo; capital, netted parts worth more than A$5.4 million. Some 21 truckloads of parts will be destroyed.

Investigators in the United Arab Emirates intercept more than 500,000 counterfeit car parts that likely had been destined for Australia.

The raid on a warehouse and distribution center in Abu Dhabi’s Al Ain city netted parts worth more than A$5.4 million ($4.1 million). The 21 truckloads of parts will be destroyed.

“Dubai dealers have been contacting Australian automotive retailers offering to sell them genuine parts at less than local prices, and our experience has shown that in most cases those parts are, in fact, counterfeit,” Douglas says in a statement.

In the past 25 years, he has seen spare parts for major car brands increasingly being imported into Australia from Dubai, Abu Dhabi and elsewhere in the UAE.

“This recent seizure of fake parts suggests the problem is on the rise and Australian consumers should be vigilant,” Douglas says.

The raid was the result of a collaborative investigation by the Abu Dhabi Department of Economic Development and automotive-trademark owners. The fake parts emulated and bore the trademarks of 15 different automotive marques.

The UAE seizure mirrors a May 2016 raid that saw 33,000 counterfeit Toyota components, including many safety-critical parts such as airbag-triggering devices, confiscated by police in China’s Guangzhou city.

“Investigators tell us there is a good chance that thousands of these inferior, illegal and dangerous parts were on their way to being fitted to Australian cars,” he says.

“Counterfeiters are more sophisticated than ever,” he says. “These inferior copies are so close in appearance to the originals that even professionals can have difficulty telling them apart until they test their actual performance. The only way for consumers to ensure they are getting genuine OEM parts is to purchase spare parts and accessories from the authorized genuine part dealers and dealerships.”

The FCAI has launched a Genuine Is Best initiative focusing on the safety, performance and durability benefits delivered by genuine replacement parts.