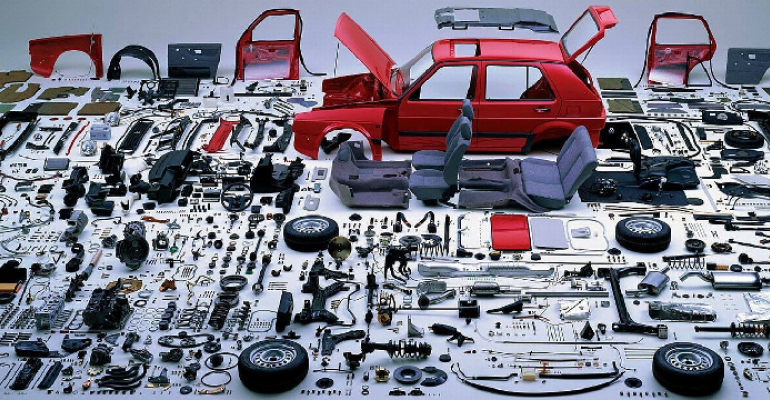 The goal of the Ministry of Industry is to ease concerns about the incentives by the European Commission, the European Union’s executive branch, which wants freer trade between the EU and Egypt and views Egyptian government plans to favor local parts sourcing as a trade barrier.

Under a draft law, Egyptian auto companies would receive a payment from the government matching a certain percentage of a vehicle’s value if they are made from a sufficiently large portion of Egyptian parts, with a threshold rising from 45% to 60% over an 8-year period.

The proposed incentive scheme would compensate manufacturers with a tax break equal to 23.5% of a car’s value on vehicles with engine capacity of up to 1.6L; 50% for cars between 1.6L and 2.0L; and 57.45% for cars above that size.

These plans are in the EC’s latest annual Trade and Investment Barriers report, which claims the goal is “forced localization.” According to the report, which was written before the latest proposals involving subsidies were released: “The scheme would provide tax deductions for companies reaching a required local component percentage, a local production quantity and/or exportation threshold from Egypt.”

A note from the Egyptian Auto Feeders Assn. (EAFA) says 20 international automakers active in Egypt already source, on average, 60% of their parts from local suppliers. The Egyptian government started working on this draft law on the Development of Vehicles Industry and its Feeders Industries almost two years ago, sending the latest proposal to the country’s parliament in January.

EC sources tell WardsAuto the EU exported nearly 49,000 cars worth €846 million ($964.7 million) to Egypt in 2016. “The draft law, if adopted, has the potential to significantly affect these trade flows,” an official warns.

“The subject of the letters is a tax-incentive scheme that would be to the detriment of car importers,” an ACEA spokesperson says.

Regardless, ACEA’s protests have not fallen on deaf ears. An EU source says the EC “has been communicating its concerns to the Egyptian government or local industry at all relevant levels, including through the EU Delegation in Egypt.”

The message seems to have gotten through, as the EC official says the Egyptian parliament has “decided for the time being to postpone its work on the text,” although the proposal still stands.

The ministry of industry announced in early August it would use German consultants to develop a new version of a draft law on developing the Egyptian car sector.

There seems little opposition to this rethink, with a senior official at an Egyptian automotive industry organization saying it has support from both the EAFA and ACEA.

But this and earlier proposals under Egypt’s draft Automotive Industry Development Strategy, which aims to incentivize the assembly and manufacturing of vehicles by bolstering the percentage of Egyptian components, has faced steady criticism within Egypt and from the EU.

The EU’s initial rejection of the draft law was that it was not fair, EAFA Chairman Ali Tawfik tells WardsAuto, as “they were expecting zero customs duties by 2019” for EU automotive exports to Egypt through the EU-Egypt Association Agreement.

Despite the EU’s objections to the latest proposed law, Tawfik is doubtful about its effectiveness: “The law will not enable major development of the Egyptian car sector, as 23.5% is not enough (of an incentive) to enable economies of scale to produce large quantities,” he says. Tawfik also expresses some pessimism about the latest review, adding it is not clear if the new draft law will be accepted or when it would go into effect.

In any case, sales of cars in Egypt have been seriously impacted by the depreciation of the Egyptian pound, whose value against the U.S. dollar fell from 8:1 in March 2016 to 18:1 in November, while auto-parts companies have had few orders since November 2016, Tawfik says.

Currently no European cars are assembled in Egypt, just Chinese brands and the Jeep Cherokee. “We need to be more competitive by having big manufacturing plants, like in Morocco or Mexico, and provide other incentives than money back,” Tawfik says. “We will ask for the new draft law to have a separate section on components to attract component manufacturers.”

– with Paul Cochrane in Beirut