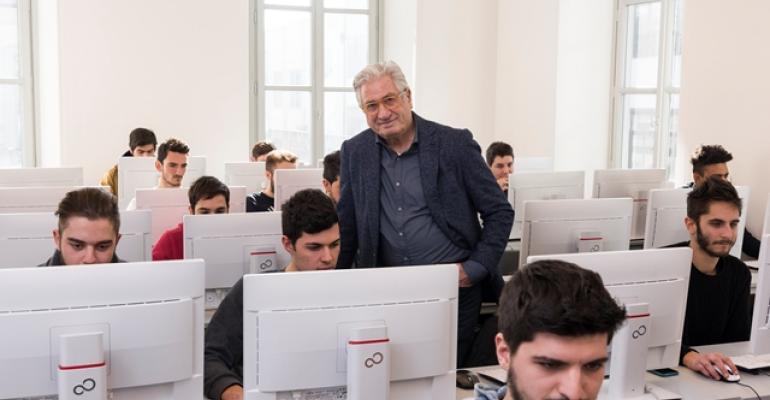 Designers Giugiaro Back With Independent Studio

Giorgetto and son Fabrizio Giugiaro are said to be at work on three different car projects for unnamed automakers.

TURIN – Fabrizio Giugiaro says he is back in the car-design business with his father and mentor, Giorgetto Giugiaro.

The two are busy working on “three new projects for two different car makers,” he says, declining to identify the customers. Well-informed sources say one is China’s First Auto Works.

With the Giugiaro name now a brand owned by Volkswagen as a result of the 2010 purchase of a controlling stake in Italdesign Giugiaro, the two designers are operating under the hat of a newly established company called GFG Design (for Giorgetto-Fabrizio-Giugiaro).

Based in Moncalieri at Villa Cantamerla (previously the headquarters of I.DE.A. Institute), the new operation is part of the family owned Giugiaro Architectura, established in 2003 and led by Fabrizio.

There, the Giugiaros reportedly are busy working on several new car-architecture designs and have no time (nor need to rush) to design a new show car to promote their new business collaboration. This means there will be no concept car from the Giugiaros at next month’s Geneva auto show.

Neither Fabrizio nor Giorgetto Giugiaro are willing to disclose details surrounding the new company in a meeting with media last week, saying it is premature to talk about plans, size and facilities.

Although most of the reporters present wanted to know what prompted founder Giorgetto and his past Italdesign design director Fabrizio to walk away from the company, neither Giugiaro would comment.

However, Giorgetto Giugiaro reportedly was openly dissatisfied with pressure on design direction from Audi, which now is in charge of managing Italdesign. The operation’s 2015 GEA concept was met with criticism within Audi and the VW Group, including from then VW Chairman Ferdinand Piech, who implied the show car lacked the execution and design flair of past Giugiaro concepts.

In announcing Giorgetto Giugiaro’s departure, VW and Audi expressed confidence in Italdesign’s future, saying it was now fully integrated into the German automaker and able to stand without its founder.

In moving on, Giorgetto Giugiaro also is taking over as chair of the Department of Transportation of Italy’s IAAD (Institute for Applied Arts and Design).

The Turin-based university, established in 1978, has a long tradition of attracting design talent from all over the world. Ninety percent of its graduates are employed as designers within one year of graduation, CEO Laura Milani says.

The University admitted 500 students last year but plans to grow to 1,000 admissions annually within three years. It expects to double the size of its campus within the next 12 months.