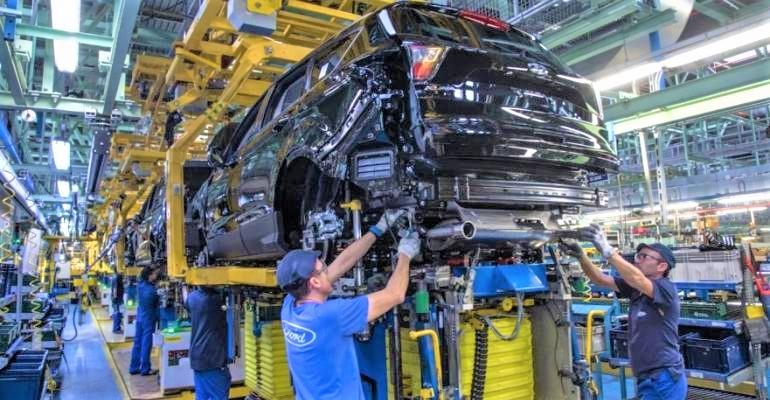 Honda extends the suspension of production at all its automobile, engine and transmission plants in the U.S. and Canada through April 10. The shutdown began March 23.

Automakers announce another round of extended plant closures prompted by the COVID-19 pandemic.

Ford says it will suspend most vehicle and engine production at its European manufacturing sites at least until May 4. The automaker had said March 17 it would suspend production “a number of weeks” depending on the pandemic situation, national restrictions, supplier constraints and the ability of its dealer network to operate.

The exception is Ford’s operation at Valencia, Spain, which is to remain closed until at least April 27.

“We are hopeful the situation will improve in the coming month,” Ford of Europe President Stuart Rowley says. “Our plans to restart operations, however, will continue to be informed by prevailing conditions and guidance of national governments.”

Ford and its employees, meanwhile, are engaged in numerous actions to help reduce the spread of COVID-19 activities across Europe. “These range from manufacturing medical equipment such as facemasks and ventilators to providing camp beds to health personnel and donating vehicles for a number of uses including the distribution of critical medical services, food deliveries and emergency transport,” the automaker says in a news release.

In North America, Honda has extended the suspension of production at all its automobile, engine and transmission plants in the U.S. and Canada through April 10. The shutdown began March 23.

Volkswagen extends the production shutdown at its Chattanooga, TN, complex by one week after previously announcing a weeklong suspension on March 21. The facility now is scheduled to resume production Sunday, April 12.