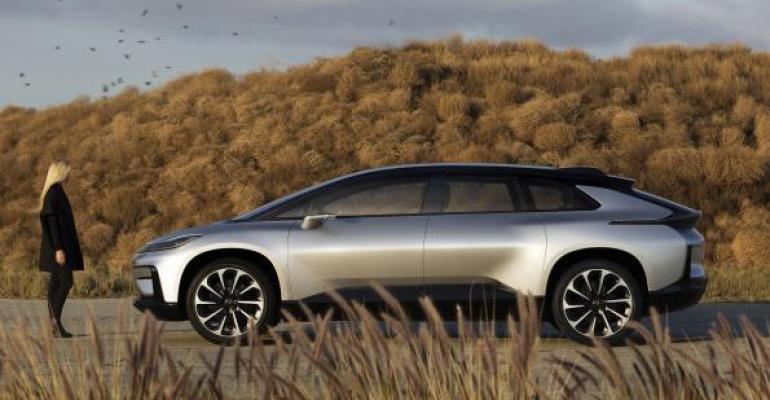 Chinese Manufacturing Opposite What Expected; Time to End 50/50 JV

Pricey, well-appointed luxury cars may be what Chinese manufacturers start with here, while more reciprocity is needed between U.S. and China investment rules.

SOUTHFIELD, MI – For years industry forecasters have presumed that when the Chinese begin building vehicles in the U.S., those cars and light trucks will be small and cheap.

This would mimic the entry of both the Japanese and Korean brands, which commenced U.S. manufacturing with lightly appointed and affordable subcompact and compact cars.

But it may not play out that way, says a leading China auto-industry consultant.

Given BYD already is building $100,000 buses in California, and China is diving headfirst into the autonomous and connected electric-vehicle sector, expensive, niche models may be the sleeping dragon’s initial foray into U.S. light-vehicle manufacturing, says Michael Dunne, president-Dunne Automotive.

“I could see the Internet billionaires making that work,” Dunne tells attendees at a Society of Automotive Analysts event here.

Dunne foresees cars that are designed in California and built in the Southwestern U.S. This is roughly the business plan of Faraday Future, a Chinese-funded startup that has taken over Nissan’s former U.S. headquarters in Gardena, CA, with a largely non-Chinese staff and which wants to assemble high-end electric and autonomous sports cars in Nevada. A production version of Faraday’s FF91 concept car has been estimated to cost $200,000.

Dunne also notes a Buick Envision CUV he recently test-drove near San Diego was fully loaded and stickered at $44,000.

While General Motors already imports the Envision and Volvo the S60 sedan from China, he doesn’t see the Chinese-import floodgates opening.

Poor reliability and branding also are problems for Trumpchi, Dunne tells WardsAuto on the sidelines of the SAA event. Although Trumpchi enjoys a good reputation in China, Chinese and American dependability standards are not analogous. As for branding, Trumpchi has cribbed Ford’s tagline, “Go Further,” he notes, an example of a lack of creativity he sees too often among some Chinese automakers.

Imports from China could become a nonstarter, given the Trump Admin.’s stance that vehicles sold to Americans should be built by Americans, Dunne says.

Chinese automakers BYD, Geely and SAIC have said they want to begin selling light vehicles in the U.S. by 2019, but those plans could be upended if the administration sets its sights on a better trade balance between the U.S. and China.

Not only is the Chinese market virtually closed to imports – just 3.6% of the 27.5 million vehicles sold in China last year were not assembled there – but the 50/50 joint venture construct has “handcuffed” U.S. automakers, Dunne says.

In the 50/50 JV, which has been responsible for the explosion in Chinese auto sales in the past 16 years, Western automakers must pair with a local automaker to manufacture and sell vehicles in China and split the revenue the JV generates.

“It’s pretty tight terms (and) I don’t understand why the U.S. government hasn’t pushed harder on that,” Dunne says.

In contrast, Chinese vehicle imports are subject to a 2.5% tariff in the U.S., and any local manufacturing operations can be wholly owned by the Chinese.

“Leverage should be reciprocity,” he tells an audience member who asks what leg a U.S. automaker wanting to abolish the 50/50 JV could stand on.

Meanwhile, SAIC USA’s Matthias Meyer, deputy director-supply chain management, says his employer has no intentions of U.S. assembly yet. “I’m sure there’s going to come a time for SAIC, but today there’s nothing on the map,” he tells the crowd.

“There’s been tremendous sales growth” year-over-year, he says of SAIC’s own brands.

However, volume still is minor compared with sales of SAIC vehicles built in JVs with GM and Volkswagen.