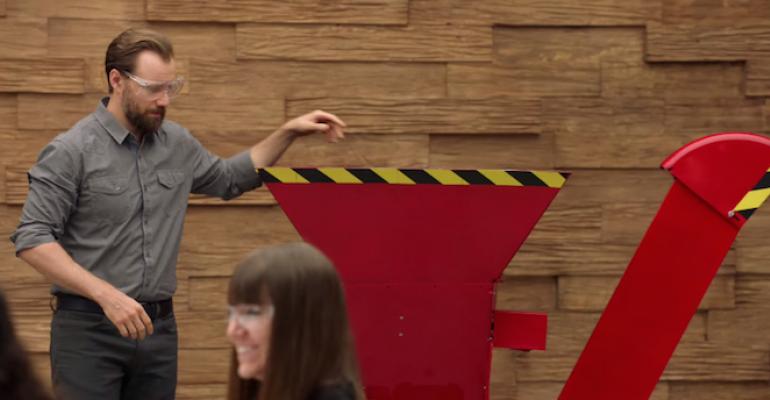 The ad, which highlights the Chevy Cruze&rsquo;s Wi-Fi capability, pulled in 1.7 million views during the week.

Chevrolet works its way into the top spot in this week’s Most Engaging Auto Ads (based on combined online views, social media actions and online search), powered for WardsAuto by iSpot.tv.

An experiment that looks at people’s attachment to being connected, Chevrolet’s “Woodchipper” ad showcases the Wi-Fi capabilities of the Chevy Cruze and earns 1.7 million views and an overall 37.7% share-of-voice rating among all automotive ads for the week.

The Chevy spot supplants Honda’s “Paper” ad, which falls to the No.2 slot with a 9.7% share of voice and more than 152,000 views. Scion’s “James Franco and James Franco” and Mazda’s “A Driver’s Life: Driving Matters” take third and fourth place, respectively.

Overall, automakers spent an estimated $102.7 million on TV ads for the week. Ford led the way with 13% of the total, followed by Mercedes-Benz at 10% and Chevrolet at 9.8%.

NFL football was the most popular choice for the week’s automotive advertisers, with more than $44 million spent among the various games.