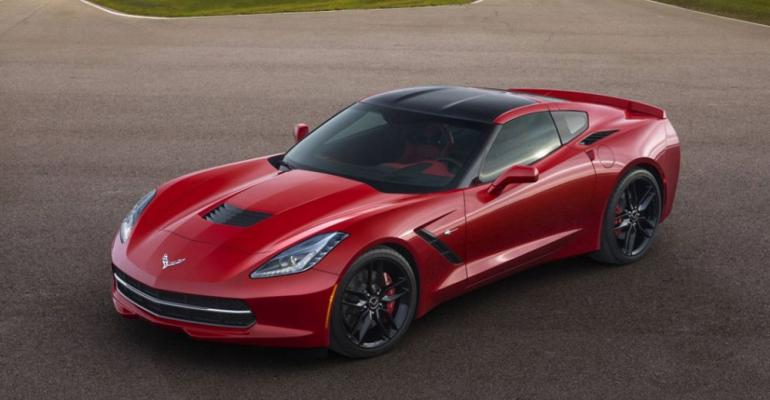 Chevrolet Leaving Europe But Getting Boost in Russia

The automaker&rsquo;s confidence in Russia&rsquo;s economic prospects is reflected in its decision to raise Chevrolet&rsquo;s marketing and manufacturing footprint in a market where Opel already is well-established.

ST. PETERSBURG, Russia – General Motors will begin importing the high-performance Corvette to Russia, still a key market for Chevrolet as the automaker winds down sales of the brand elsewhere in Europe.

The move is meant to focus GM resources on the struggling Opel brand in Europe, although Opels will remain on sale in Russia, where the automaker aims to double its current 3% share of the market.

GM also will continue selling Chevrolets side-by-side with Opels in the Commonwealth of Independent States, a primarily economic organization of nine countries formerly part of the Soviet Union.

U.S.-built Corvettes will reach the Russian market this spring, roughly a year after GM launched assembly of Trailblazer midsize SUVs from semi-knocked down kits at its St. Petersburg plant. The Trailblazer is offered in Russia in two trim levels and at a base price of RR1.4 million ($46,000).

The Cruze and subcompact Chevrolet Aveo are best-sellers in Russia, and GM plans to beef up promotion of the Chevrolet Cobalt small sedan, which is assembled at the automaker’s
GM Uzbekistan joint-venture plant in that CIS-member country.

GM also is in negotiations to add production of the Chevrolet Trax compact CUV at the Unison facility in CIS member country Belarus. Unison, a Brith-Belarusian JV, will begin assembling Opel Corsa hatchbacks this year from SKD kits sourced from Opel plants in Eisenach, Germany, and Zaragoza, Spain.

Most Corsa production is earmarked for Russia, where the cars will be sold free of import duties because both countries are members of a Customs Union that also includes Kazakhstan.

GM’s confidence in Russia’s economic prospects is reflected in its decision to raise Chevrolet’s marketing and manufacturing footprint in a market where Opel already is well-established. The automaker is halting Chevrolet sales elsewhere in Europe in 2015.

“We want to be stronger in Russia,” says Adam Opel Chairman and GM Europe President Karl-Thomas Neumann. “This is the third (-largest) global market in terms of sales for Opel, and its further growth is a very important part of our strategy.

“In 2012 Opel grew up in Russia very well, but still, our market share is twice-lower than in other European countries. So we have a large potential here,” he says, citing the ratio of 300 cars for every 1,000 residents, well below the European Union proportion.

“It (also) is very important that we have here the youngest consumers in the world, whose average age is 38 years, compared with 50 in the EU,” Neumann says. “In this regard, our customers will stay with us for many years.”

Opel Plus Chevrolet in Europe May Be Unsolvable Equation
Nov 22, 2013