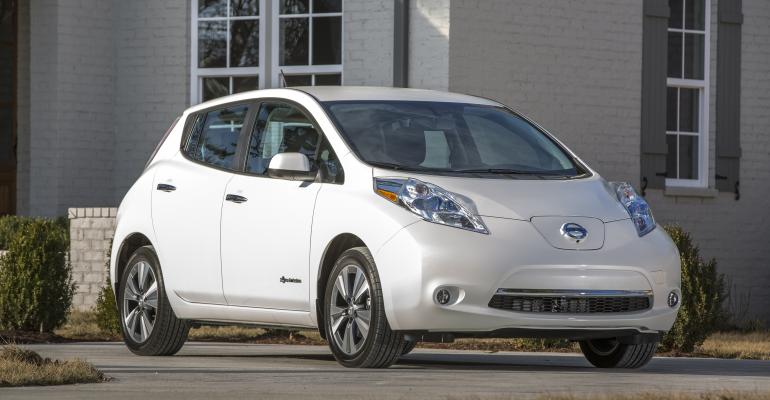 Should a potential car buyer qualify for the maximum amount of state funding available, he or she conceivably could end up driving off with a free EV.

LOS ANGELES – Consumers once priced out of the electric-vehicle segment now have a chance to buy a new or used EV or plug-in hybrid through new incentives directed at those in California’s lowest income brackets.

The initiative is an expansion of the state’s longstanding Enhanced Fleet Modernization Program that offers car owners up to $1,500 for turning in their old vehicles deemed out of compliance with current emissions standards.

Approved by CARB in May, the incentives initially are being offered only to residents of one of the two air quality districts who live in communities identified on census tracts as “disadvantaged.”

The program doles out incentives on a sliding scale, with larger cash payments going to the lowest-income applicants wanting to acquire the cleanest cars. It’s possible for a family that meets all the necessary income criteria to receive as much as $12,000 toward the purchase of an EV or PHEV.

The new program also may provide eligible consumers who purchase EVs up to $2,000 for a charging unit at their single residence or multi-unit dwellings and an additional $1,500 and $2,500, respectively, for the purchase or lease of a new PHEV or EV from a different government-funded program, the Clean Vehicle Rebate Project.

A notable aspect of the new program is that all the aforementioned government monies also could be applied to buying used cars up to 8 years old.

Put another way, were a potential car buyer to qualify for the maximum amount of state funding available, he or she conceivably could end up driving off with a free EV.

The fact the new EV incentive program, otherwise called the Plus-Up program by Hogo’s agency, wants “more moderate-income consumers to have that experience with these vehicles,” he says, demonstrates “California (has) taken that leadership role.”

Hogo acknowledges “other states have started their EV markets,” and in some locales, such as Atlanta, EV sales outpace those in California.

But the EV consumer base in Georgia and other states still caters mostly to consumers with enough money to make market-rate purchases, he suggests. “The demographics are a lot different and that’s what makes this program unique.”

Hogo expects to draw between 550 and about 900 participants this first year in the SCAQMD’s region, which currently sports an estimated 10 million registered autos and spans all of Orange County, the non-desert regions of Los Angeles and Los Angeles County, San Bernardino County and Riverside County that cover about 10,750 sq.-miles (27,850 sq.-km).

Assuming success, and a continued willingness by state lawmakers to fund the program, up to 1,000 or so participants should end up as the SCAQMD’s yearly average, Hogo says, adding that an estimated 200 hopeful EV owners have already filed applications.

But over time, he asserts, as the program introduces clean-running vehicles to increasing numbers of low- and moderate-income consumers, it will help keep the EV segment growing and support the market’s ability to keep using more EVs well after their initial lessors have given them up or initial buyers no longer want them.

CARB Chairwoman Mary D. Nichols says in a statement the new incentives help clean “the air and helps low-income families in the most polluted neighborhoods afford the cleanest, most fuel-efficient cars.”

And, “as icing on the cake,” she continues, the program “will put money in their wallets by slashing what they spend at the pump” and fulfill “the promise that California’s efforts to fight climate change will benefit us all.”

Gov. Jerry Brown has called for 1.5 million zero-emission vehicles on California roads by 2025 and the state’s petroleum use by cars and trucks to be halved from today’s levels by 2030.