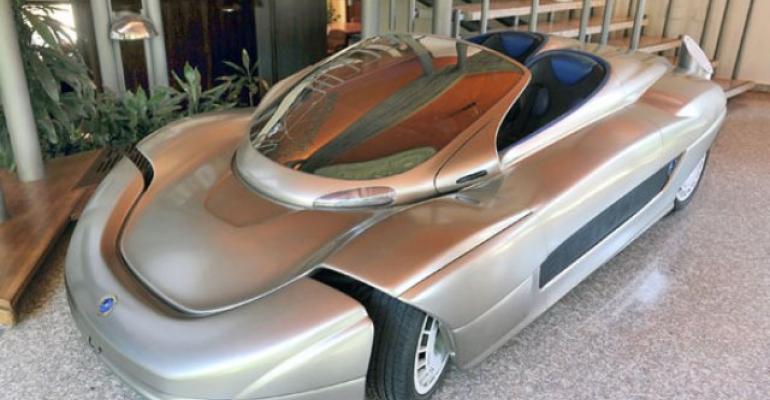 The collection includes design works and supercars created by Bertone over the years, including the 1967 Lamborghini Miura, owned and driven by Nuccio Bertone for many years.

TURIN, Italy – The Bertone Collection, comprising 79 pieces of art and craftsmanship in the form of automobiles and sold online Sept. 28, will stay in Italy and in Italian ownership.

ASI, the Italian Automotoclub Storico Italiano (Italian Historic Automobile and Motorcycle Club), outbid everyone with a €3.44 million ($4.34 million) offer for the lot of classic automobiles. The bid was 61% of the original minimum asking price.

ASI President Roberto Loi says he is extremely pleased with the acquisition that “is committed to the preservation of the Italian heritage.”

ASI will provide access to the Bertone collection to club members, as well as enthusiasts and other visitors.

The collection includes design works and supercars created by Bertone over the years. Among them: the 1967 Lamborghini Miura, owned and driven by Nuccio Bertone for many years, and three more Lamborghinis, a 1970 Espada, 1987 Countach and unique 1988 Genesis.

The closing of the auction, resulting from the bankruptcy of Bertone Cento, also put an end to the devastating saga that saw Nuccio Bertone’s widow, Lilli Bertone, confronting her daughters Barbara and Marie Jeanne Bertone in a conflict that destroyed a fortune built up over nearly a century by founder Giovanni Bertone and his son Nuccio.

A second auction offering Bertone trademarks and all related patents has been suspended, but will resume shortly with a lower starting price.