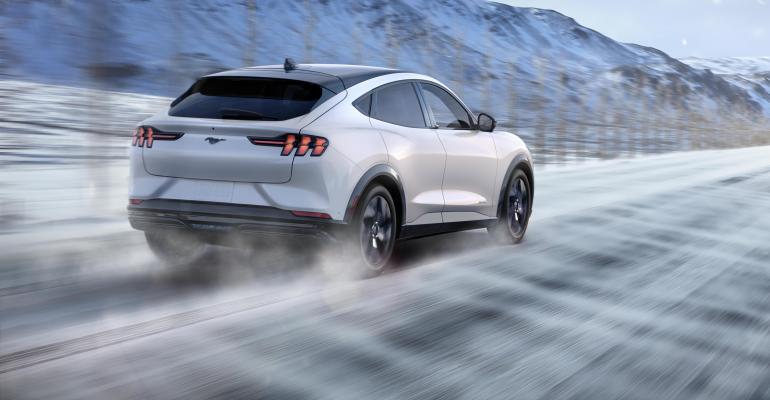 Ford Mach-E will be one of a 100 EVs in the market two years from now.
Industry News

Cracking the Code on How to Sell More EVs

What I like about the Escalent survey is it dives far deeper into the psyche of car buyers than any other research I’ve seen.

Sales of electric vehicles are soaring on a percentage basis, but the numbers are still puny.

Last year, only 1.4% of U.S. vehicle buyers leased or purchased an EV. With such low volume that means most automakers will struggle to make a fully accounted profit on EVs. Their only hope is to slash production costs or figure out how to get more people to buy.

This is why a market segmentation survey of new car buyers by a company called Escalent is so interesting. It’s identified six different customer groups who currently do not own an EV and it provides insight as to what it might take to get them to buy a car with batteries instead of pistons.

The first group is what they call Torchbearers. These are people deeply concerned about the environment, and who want to buy an EV, but they’re waiting for the right one. Some have brand loyalties to automakers which haven’t introduced an EV, or not the kind of model they want. Escalent says don’t spend too much time marketing to them because they’re already sold.

Then there are what it calls Young Enthusiasts, who are after image and pleasure. Escalent says it’s not worth touting the environmental advantages of EVs to them, because while these young enthusiasts say they care about going green, they’re more responsive to styling and performance. And since they can get what they need from ICE vehicles, automakers need to explain why an EV would be even more exciting and rewarding. Importantly, these young enthusiasts comprise 14% of the car buying public.

The next group is the Stewards. They are truly concerned about the environment, but they’re not convinced that EVs are ready for prime time, or at least not yet. Escalent says these are not car enthusiasts, so styling and head jerking acceleration will not appeal to them. Instead, automakers need to emphasize the reliability and durability of their EVs if they want the Stewards to put an EV on their shopping list.

The biggest segment, which accounts for 25% of all new car purchases, is what Escalent calls Survivors. These are people who see life as full of problems and are not willing to experiment with something new until everyone else already has one. Even so, they have a household income over $100,000, so they have the ability to buy. But they’re not going to get an electric until EVs go mainstream.

The toughest segment is what Escalent calls Skeptics. They don’t believe in global warming and they think EVs are stupid. You’re never going to convince them otherwise, so don’t bother to try.

The last group is the Old Guard. This is the oldest, least ethnically diverse and most rural of buyers. Think of blue-collar, full-size pickup owners. This will be a hard group to convert to electric, but on the other hand they’re very pragmatic. They’ll buy something if it meets their needs. So, if an electric truck has better performance, can carry a bigger payload, tow heavier trailers and offer a lower cost of ownership, they could be interested.

What I like about the Escalent survey is it dives far deeper into the psyche of car buyers than any other research I’ve seen. So far, all the other EV research has pretty much focused on the same thing: price, range and charging infrastructure. This survey shows there’s more to it than that. In fact, what Escalent found is that 85% of car buyers in the U.S. are homeowners, so they can charge at home, and are more interested in fast charging than long range.

Last year there were 16 electric car models sold in the U.S. In about two years there will be more than 100. As I’ve written in this space before, I believe the industry is headed for an EV disaster because there will be too many electric models chasing too few buyers. Hopefully, the Escalent survey shows the way to bring more buyers into the fold.