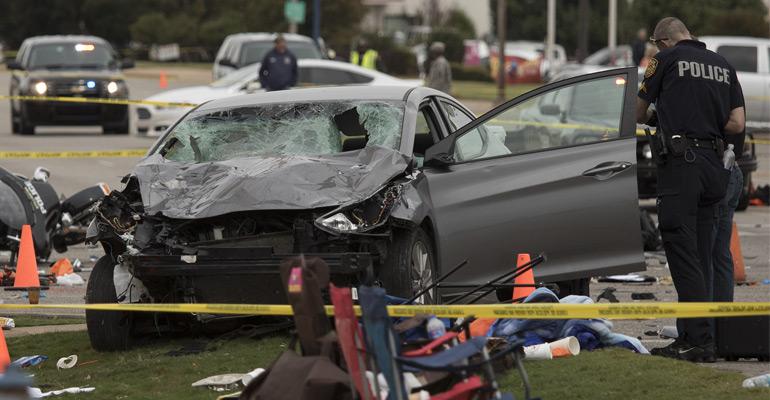 At this phase in the development of vehicle automation technologies, and underscored by the persistence of driver error, automakers, suppliers and retailers continue to face significant litigation risk.

While many expect increased automation and autonomous driving systems to reduce the amount of driver error, recent events demonstrate that such a world is still a long way off.

On May 24, the National Transportation Safety Board (NTSB) issued its preliminary report concerning the March 18 incident in Tempe, AZ, in which a pedestrian was struck and killed by a Volvo XC90 SUV equipped with self-driving capabilities. The vehicle was part of Uber’s autonomous- vehicle pilot program, which was suspended by the governor of Arizona following the incident.

According to the NTSB, the vehicle’s systems identified the pedestrian, but the vehicle’s emergency braking system had been disabled to prevent conflict with other self-driving systems and to reduce the potential for erratic vehicle behavior.

In other words, even when the vehicle is driving with some level of autonomy, drivers are expected to stay alert and take control when necessary to avoid accidents.

Many anticipate that vehicle automation systems will curb driver error. In turn, it is expected that the liability trend for vehicle crashes will involve movement away from driver-assigned errors and towards system-assigned or design-assigned errors.

That may likely prove true, but current partial-automation systems work only when drivers continue to pay attention to the road and do not rely on such systems without thought.

Even as vehicles progress towards full automation, and even as the societal benefits of such technologies are realized, recent events remind us that we are not there yet.  The long-standing threat of driver error remains present.

In fact, it could be argued that during the likely lengthy transition time from zero autonomy to partial autonomy to full autonomy, drivers will mistakenly over-rely on their active safety systems and semiautonomous vehicles. Notwithstanding the lingering of driver error as a possible accident cause, over time it should become far less prevalent.  With every drop in the percentage of crashes that are caused by vehicle error, investigators (and lawyers) will be looking for the causes of accidents.  Litigation of vehicle crashes will increasingly involve a product- liability component revolving around not just hardware, but also software and even specific lines of code within software.

The growing complexity of vehicle automation systems will mean that trials involving these vehicles will involve more technical issues, will be longer, and will consequently be more expensive.  Questions will be raised as to whether driver-assistance technologies were designed and functioned properly.

Data-recording features in autonomous and semi-autonomous vehicles may provide for more robust crash-reconstruction modeling.  Video evidence, too, may offer unprejudiced evidence of what occurred in the moments prior to a crash. The age of the computer- science expert being a staple of product- liability litigation is around the corner.

At this phase in the development of vehicle automation technologies, and underscored by the persistence of driver error, automakers, suppliers, and retailers continue to face significant litigation risk.