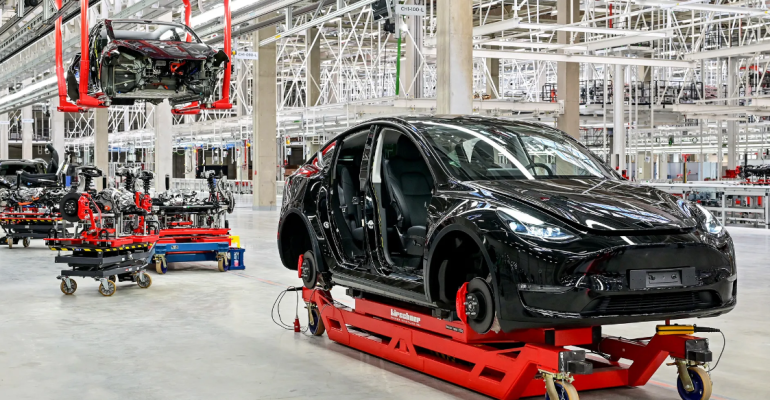 Will Tesla Expand Into Mexico?

The potential construction of a “Gigafactory” in Nuevo León state, Mexico, south of Texas, by Tesla was first unveiled by a Mexican newspaper, Reforma, on Dec. 19. The initial investment could top $10 billion, the report says, quoting a source close to the negotiations on securing approvals needed to build the vehicle-assembly plant.

“We have always believed that new investments that arrive in the country and generate well-paid jobs are welcome. We believe this is part of development and competition in the global automotive industry,” says the association note.

Nevertheless, most of any Mexican plant’s production likely would be exported, following the trend of automotive companies in Mexico, which exported 86.6% of all light vehicles manufactured in the country in 2022, according to AMIA.

Further developments indicate that a Mexican production base would make sense to Tesla. On Jan. 6, China-based Noah Itech, a Tesla supplier, announced it would invest $100 million in building an auto equipment plant in Santa Catarina, Nuevo León. According to project coordinator Sonia Gutiérrez Martos, the investment would go toward an R&D center for automation and electronics technology, specializing in the automotive sector.

With consumer incentives and increasing legislative requirements on automakers, BEV production is projected to rise across North America, especially through the U.S. Inflation Reduction Act’s EV purchasing incentives, which should boost Tesla sales given it held 61.7% of the U.S. EV market in 2022, according to Wards Intelligence data.

“With low gasoline prices, there was greater difficulty for EVs to penetrate the North American market, when compared to Europe (and especially China where the government is promoting the technology). However, Tesla has eschewed this by marketing itself as a premium auto brand,” Kevin Mak, principal analyst at TechInsights, tells Wards. 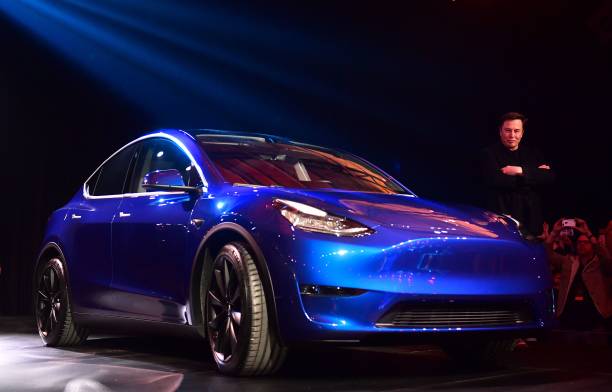 Yet, the unit prices this strategy entails, many exceeding $50,000, also could become a problem as Tesla tries to reach lower-income consumers.

“One of the elements that has slowed down EV sales is unit prices, and not only because the batteries are expensive, but because the carmakers have adopted the approach of offering high-range models. Tesla’s vehicles are not within everyone’s reach,” says consultant Thomas Karig, a former vice president of corporate relations and compliance officer at Volkswagen.

“It (the plant) would also enable Tesla to expand its production capacity, but at a lower cost than building another plant in the U.S.,” he says.

Mak adds, “A Mexican plant has lower labor rates (than those paid in the U.S.) and other lower costs that Tesla can pass on to lower its prices.”

Both Mak and Karig think a Mexico-based Tesla plant would qualify for duty-free trade with the U.S. and Canada under the U.S.-Mexico-Canada Agreement (USMCA), given it would source a sufficient proportion of inputs to comply with the trade deal’s rules of origin.

All of this could help Tesla reduce pricing. It is keenly aware of its price-point problem. On Jan. 13, Tesla slashed prices globally on its models by as much as 20%, after missing delivery estimates for 2022.

Notes Karig: “There are many companies, especially the Chinese ones, that are offering very competitive EV models in all markets of the world. There will come a time when Tesla becomes one of the many. It will have to reinforce its position.”

According to Reforma, Tesla could start the production of an affordable BEV in its potential Mexico plant and perhaps auto parts for existing factories – including its four plants in the U.S. (in nearby Texas, California, New York and Nevada).

Mak says this would widen the EV market and increase EV sales overall, while “forcing its premium rivals to raise their game further and develop similar compact EV models.” However, he warns a new, cheaper Tesla model would “unlikely be ready for production so soon, meaning that the plant would be assembling existing models in the meantime.”

“The potential effect of a new plant in Mexico would enable Tesla to expand their production capacity, but at a lower cost than building another plant in the U.S.,” says Mak, who predicts a new compact model will be built there and in China.

And a Tesla Mexican plant would not just export to the U.S. or Canada under the USMCA: “Tesla already has plants in California and Texas, but it would be able to export the cars produced in Mexico to Europe without paying customs tariffs thanks to the agreements that Mexico has,” says Karig.