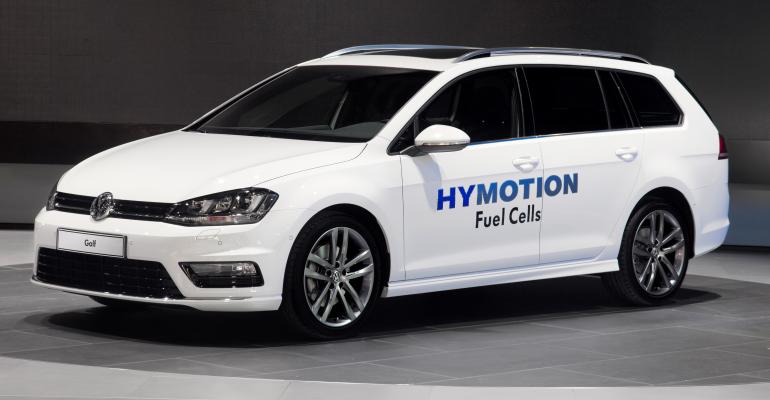 The automaker’s joint venture with Germany’s Kraftwerk Group is revealed in a patent application.

Volkswagen Group is codeveloping a new hydrogen fuel cell that could be used for a future production model, a German patent application reveals.

The patent application was lodged jointly by VW and German company Kraftwerk Group in July 2021 but only recently made public. It covers work on a hydrogen fuel cell stack and hydrogen fuel-cell vehicle that officials suggest could boast a range of up to 1,243 miles (2,000 km).

Key among the technologies being pursued by VW is a ceramic membrane. Described as being cheaper than the polymer membrane used by Hyundai and Toyota, it is considered crucial to the future volume production of hydrogen fuel cells for automotive applications.

The ceramic membrane also operates without platinum, a precious metal that up until now has proved to be one of the big financial hurdles to large-scale hydrogen fuel-cell production.

In an interview with Germany’s Business Insider, Kraftwerk Group CEO Sascha Kühn cites the ceramic membrane as the “big difference” between the fuel-cell stack being developed in cooperation with VW and existing fuel-cell stacks.

“The advantage of our solution is that it can be produced much cheaper than polymer fuel cells and it does not require any type of platinum,” he says.

A further advantage of the ceramic membrane, according to Kühn, is that it does not need to be moistened in the operation process, alleviating concerns of it freezing in winter, attracting mold in high-humidity environments and drying out in high temperatures.

It also generates heat that can be used to run a car’s heating and air conditioning, leading to greater overall energy efficiency.

Despite lodging the patent together, Kühn confirms the fuel-cell development being carried out by Kraftwerk Tubes is not exclusive to VW.

“Regardless of the manufacturer, the goal is for our technology to be launched in a series production vehicle by 2026. We are talking about a volume of 10,000 vehicles, spread over several car manufacturers,” he says.

Details of VW’s partnership with Kraftwerk Tubes emerge after its former CEO, Herbert Diess, dismissed suggestions the German automaker was planning to launch a hydrogen-fueled model to rival the Hyundai Nexo or the second-generation Toyota Mirai.

In a message posted to Twitter in May 2021, Diess wrote: “The hydrogen car is proven NOT the climate solution. Electrification has prevailed in transport. Bogus debates are a waste of time. Please listen to science!”

The message, posted under Diess’ private account, was addressed to a number of prominent German politicians, including the current German chancellor, Olaf Scholz, and German foreign minister Annalena Baerbock.

Previous hydrogen fuel cell vehicles developed by Volkswagen Group include the VW Golf (Jetta) HyMotion revealed in 2014 and Audi A7 h-tron (pictured, below) unveiled in 2015. 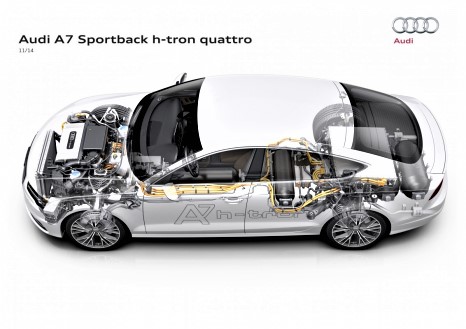