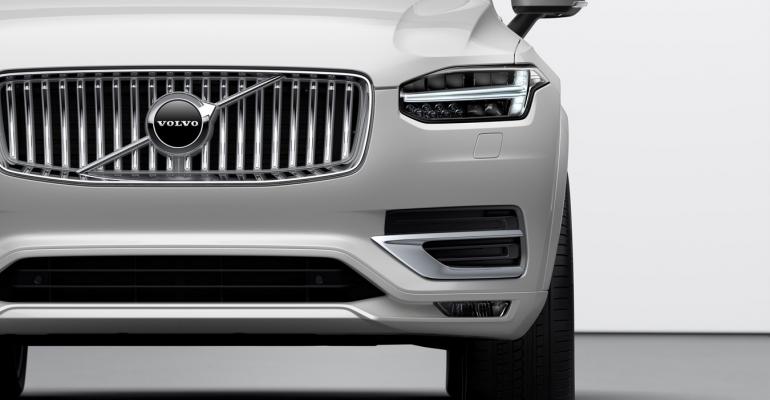 Volvo Ranks No.1 in Advanced-Technology Study

Volvo ranks No.1 overall as well as No.1 for luxury brands in the rebooted J.D. Power Tech Experience Index Study.

Tesla is No.2, in an unofficial result due to a limited sample size. And Hyundai is the No.1 mass-market brand.

In keeping with its safety-oriented image, Volvo packs a lot of high-tech safety features into its cars and crossovers, she says.

For example, Volvo made automatic braking a standard component of its cross-traffic alert feature for the 2020 model year, on all vehicles equipped with blind-spot monitoring and cross-traffic alert, according to Volvo’s media page.

The new version of the so-called TXI Study assigns an “Innovation Ranking” to each brand, based on several criteria, Kolodge says in a phone interview. “The study changed in its focus,” for 2020, she says.

In addition, J.D. Power did not publish brand rankings in earlier versions of the survey, partly because many brands were still rolling out high-tech features.

Notably, most of the technologies explored in the 2020 TXI – especially the technologies that support advanced driver assistance systems – were not present in earlier versions of TXI, which is in its fifth year.

Kolodge explains that was because even in the recent past, sample sizes were too small for many high-tech features. That’s no longer the case.

New additions to the survey include camera rear-view mirrors that replace a mirror image with a video feed from a high-mounted, rear-facing camera. The camera provides a wider, less-obstructed view.

The scoring for the TXI Innovation Ranking gets complicated, Kolodge says. Like other J.D. Power surveys, such as the Initial Quality Study, TXI collects reported problems per 100 vehicles, but the Innovation Ranking includes much more.

J.D. Power also rewards brands based on the sheer number of innovative technologies in a given model, with additional points for how much consumers report they use those technologies, and for how favorably consumers rate their experience, Kolodge says.

Kolodge says that in general owners highly rate camera-based technologies that provide an “extra set of eyes.” Those include camera rear-view mirrors and ground-view cameras that help eliminate blind spots and avoid objects that would normally be below the driver’s line of sight.

That’s another new wrinkle to the 2020 TXI survey, Kolodge says. The new survey includes questions on new technologies that are more cutting-edge, even if they’re not widely available yet.

The 2020 U.S. Tech Experience Index Study is based on responses from 82,527 owners of new 2020 model-year vehicles who were surveyed after 90 days of ownership. The study was fielded February through May 2020.